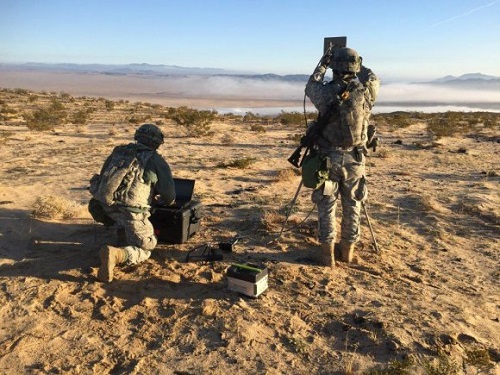 MOUNTAIN VIEW, Calif. (April 4, 2016) – Before his recent trip to Silicon Valley, Defense Secretary Ash Carter challenged the Pentagon to “innovate and think outside our five-sided box.”

The Army did just that this week, venturing into the heart of the tech industry to engage vendors on the leading edge of cyber capabilities.

“This event is definitely about how we work together to solve problems,” said Ronald W. Pontius, deputy to the commanding general for U.S. Army Cyber Command. “The Army is continuing to build a world-class cyber mission force that adapts faster than our adversaries, and the Cyber Innovation Challenge keeps us in conversation with the tech industry to work at the pace needed to combat this threat.”

Pontius spoke, March 31, at industry day highlighting the third installment of the Army’s Cyber Innovation Challenge, a process that allows the Army to rapidly purchase and evaluate prototype technologies from small and non-traditional businesses through a flexible acquisition model. Building on the success of the first challenge, the event attracted approximately 100 industry representatives from more than 60 companies and took place at the Defense Innovation Unit Experimental (DIUx), the Pentagon’s incubator and liaison to commercial and academic innovators on the West Coast.

With a 90-day timeline from announcing a requirement to buying prototype equipment, the Cyber Innovation Challenge works much faster than typical military procurement processes in order to deliver needed technologies to the field quickly and get operational feedback from cyber Soldiers.

“Cyberspace moves too fast for the Army to start from scratch and develop our own kit when the solutions are already out there in industry,” said Douglas K. Wiltsie, executive director of the System of Systems Engineering and Integration Directorate, Assistant Secretary of the Army (Acquisition, Logistics and Technology). “By tapping into commercial innovation and putting prototypes in the hands of Soldiers early in the process, the Army also gets smarter on our enduring acquisition strategies for cyber equipment.”

At the industry day, Wiltsie and other leaders outlined the focus of the third Innovation Challenge, which seeks software solutions to manage the Army’s growing infrastructure for defensive cyberspace operations. As the Army increasingly fields both pre-positioned and deployable hardware suites, known as micro-clouds, for Soldiers engaged in defensive cyber missions, it needs technology to manage these resources across different environments and operating systems.

“Looking forward, we are looking to manage potentially thousands of micro-clouds, at scale and within the Army’s hierarchical structure,” said Ian MacLeod, a technical advisor at Army Cyber Command, who described the challenge to the vendors. “[We’re looking at] how do we integrate this technology and environment with the operational side to fully leverage the intellectual skills of our cyber mission forces.”

After the industry day, the Army plans to release a formal requirements synopsis in April. That will be followed by technical exchange and/or demonstrations to evaluate selected technologies, leading to potential contract awards for prototype capabilities.

To execute each challenge, the Army works through a consortium, a voluntary organization with members from industry, academia and government. This approach allows the Army to solicit, evaluate and purchase limited quantity prototypes of equipment from a wide range of non-traditional sources, including small and micro companies who may lack the resources to engage in the traditional government contracting process.

The Army launched its first Cyber Innovation Challenge in 2015, which led to agreements with two vendors to provide deployable infrastructure kits to support Army cyber protection teams. The purchased prototypes are expected to be delivered in April, about 10 months after the challenge began. A second challenge aimed at cyberspace analytics capabilities is also underway, with potential awards expected this summer.

The Army’s ultimate goal is to hold three to four challenges per year, to investigate priority requirements and fuel the early experimentation that leads to more informed procurement.

“This model allows us to reach innovators who rarely or never work with the military,” Wiltsie said. “Building those relationships will only benefit cyber Soldiers, who ultimately keep all of us more secure.” 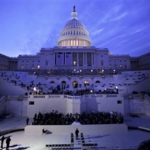