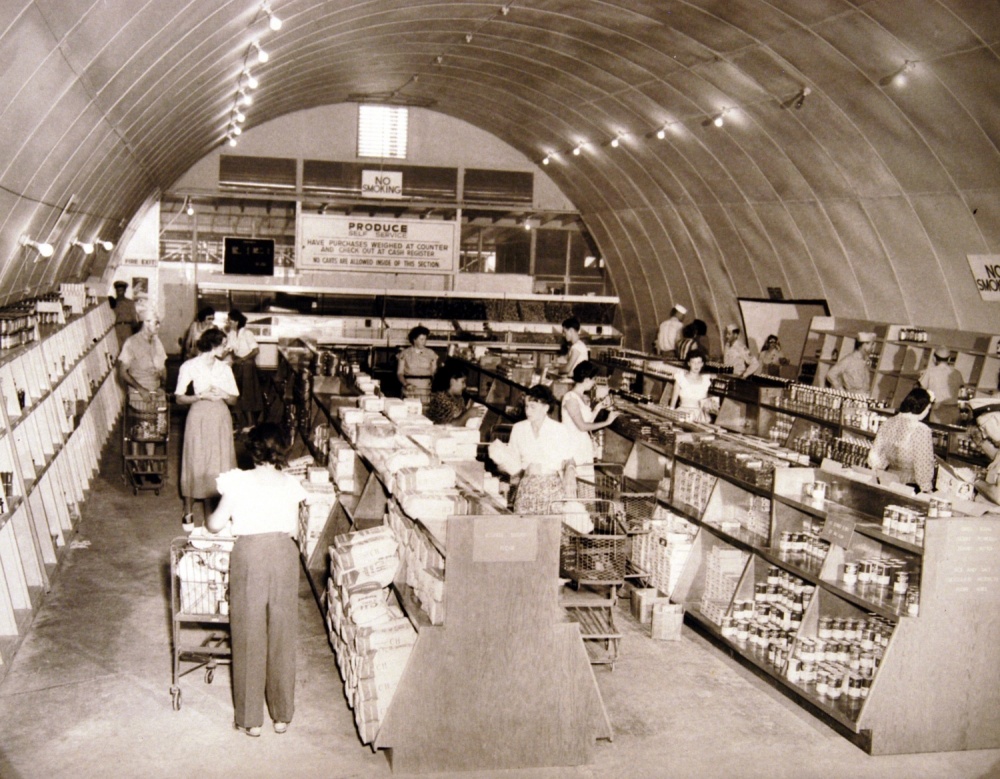 OCTOBER 8, 2020 – On Oct. 13 the Defense Commissary Agency salutes the U.S. Navy on the 245th anniversary of their establishment by the Continental Congress in 1775.

“DeCA acknowledges the Navy’s 245 years of distinguished service, valor and sacrifice dating back to its creation during the American Revolution,” said Army Sgt. Maj. Matthew Baller, DeCA’s new senior enlisted advisor for overseas commissary store operations. “As we celebrate the Navy’s birthday, we are proud to serve active duty, reserve and retired sailors and their families by delivering the commissary benefit they’ve earned.”

Before the Navy established commissary operations, sailors were forced to find their own ways to procure food while at sea because the food they had onboard was often nutritionally deficient, not to mention tasteless. Any food the sailors did bring onboard became infested with weevils and maggots soon after the ship set sail.

The sailors eagerly anticipated visiting a foreign port where they could acquire fresh and healthy fruits, vegetables and meats. Many merchants, known then as “bumboat” operators, pulled alongside ships in port as well, and sold fresh fish and lobster, exotic fruit, fresh vegetables and other local delights; however, they also charged exuberant prices for their goods.

Bumboat operators became even more important after the Navy ration was reduced in 1801 as a result of the establishment of the peacetime Navy. Until that time sailors could look forward to receiving a weekly ration of 3 pounds of beef or pork, a sack of flour or suet, some cheese and hardtack biscuits, along with a half pint of distilled spirits or a quart of beer each day. The meat was kept in barrels of brine in order to preserve it onboard.

Some ship captains, while at sea, allowed their sailors to cast fishing nets and the fish was distributed among the sailors, especially those who were sick.

By the time of the worldwide voyage of the U.S. “Great White Fleet,” from 1907 to 1909, the Navy realized that bumboats were not adequate to serve the needs of larger ships that carried larger crews of men. Even before this time, Congress was already taking steps to eliminate the overpriced bumboats by establishing ships stores onboard every vessel as well as ships stores ashore, which were the brick and mortar stores at ports throughout the U.S., similar to the sales commissaries the Army had established in 1867.

The first Navy sales commissary opened in 1910 at the Washington, D.C., Navy Yard and operated more like a warehouse where clerks pulled items from the shelves for the customers. Self-service stores began to gain popularity in the late 1920s and became widespread by the 1940s.

More modern commissaries, comparable to civilian grocery stores, began to appear after the stores came under the authority of the Navy Ships’ Store Office in 1946, the Navy Retail System Office in 1969, and the Navy Resale and Services Support Office or NAVRESSO in 1979.

NAVRESSO managed the Navy commissaries until the creation of the Defense Commissary Agency in 1991 which centralized control of all the service commissaries.

Today, members of the Navy community may shop at any of DeCA’s 236 commissaries at U.S. military installations around the world. There are 60 such stores at Navy bases, plus one at the Joint Reserve Base at Naval Air Station Fort Worth, Texas.

“Today, DeCA provides the Navy and the other services the opportunity to save thousands of dollars annually compared to civilian supermarkets,” Baller said.

About DeCA:
The Defense Commissary Agency operates a worldwide chain of commissaries providing groceries to military personnel, retirees and their families in a safe and secure shopping environment. Commissaries provide a military benefit, saving authorized patrons thousands of dollars annually on their purchases compared to similar products at commercial retailers. The discounted prices include a 5-percent surcharge, which covers the costs of building new commissaries and modernizing existing ones. A core military family support element, and a valued part of military pay and benefits, commissaries contribute to family readiness, enhance the quality of life for America’s military and their families, and help recruit and retain the best and brightest men and women to serve their country.