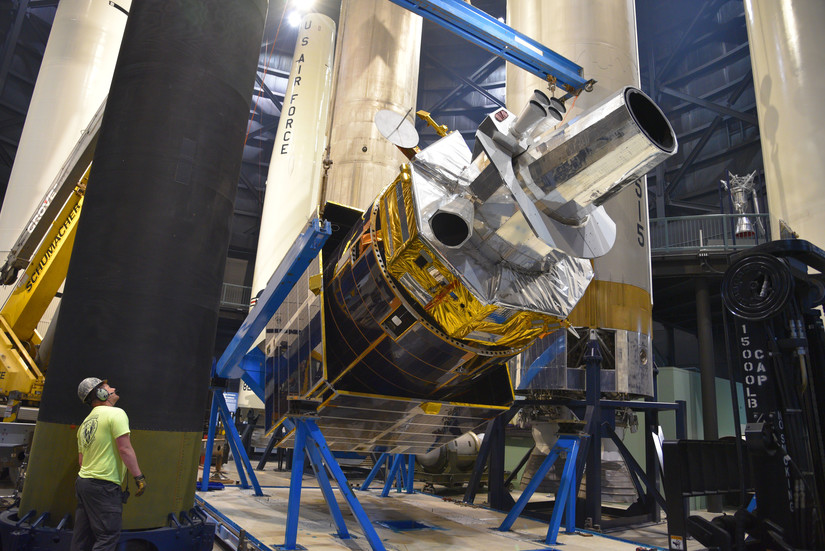 OCTOBER 30, 2019 – China aims to transition from producing inexpensive items to high-tech products, the director of the Defense Innovation Unit said.

During a panel discussion today at the Center for Strategic and International Studies in Washington titled “Managing the Risk of Tech Transfer to China,” Michael Brown said China’s plan has implications for U.S. defense because national security and economic security are inextricably linked. He noted that DIU’s mission is to get commercial technology into the hands of the military to maintain overmatch on the battlefield.

“Imagine what the world would look like if China were setting standards in game-changing technologies like hypersonics, quantum sciences, autonomy, artificial intelligence, 5G, genetic engineering and space,” he said, noting that except for hypersonics, they’re all also important for economic prosperity, not just military overmatch.

Brown cited a past U.S. success in developing the 4G network. He said Recon Analytics issued an April 2018 report estimating that the introduction of 4G contributed to 70% growth in the U.S. wireless industry between 2011 and 2014 and bolstered jobs in the wireless industry by 80%.

“By leading the charge, the U.S. was able to build a global ecosystem of network providers, device manufacturers and app developers that shaped the future of 4G,” he said.

China’s goal is to be the technology leader in all areas by 2049, Brown said. It is already competitive with or ahead of the U.S. in areas such as hypersonics and space, launching more satellites than the U.S. last year; as well as in 5G technology and artificial intelligence, particularly in the area of facial recognition. In addition, China is ahead of or at pace with the United States in quantum sciences, launching its first quantum communications satellite in 2016; as genetic engineering, he said.

Brown offered some suggestions for the United States maintaining its technology lead.

Export control reform and cooperation with allies are also necessary to ensure technology isn’t transferred to nations such as China, Brown said.

In the commercial sector, research and development investment tax credits and other incentives should be applied so manufacturing doesn’t migrate overseas, he said.

The number of science, technology, engineering and math graduates in the United States is declining, Brown said, while China has 10 times the number of engineering graduates, so more needs to be done in to attract STEM graduates.

About 25% of STEM graduates in U.S. universities are Chinese foreign nationals, Brown said. Policy should encourage these students to stay in the United States while increasing counterintelligence to help ensure that some of those students aren’t here solely to transfer their technical knowledge back to China, he said.