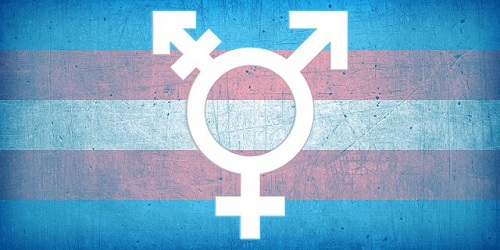 MAY 9, 2017, WASHINGTON – The Department of Defense lifted the ban on transgender service members last year, and as the Army adjusts to accommodate this decision, Soldiers and leaders may have questions about the implementation of this policy change.

Army Directive 2016-35, “Army Policy on Military Service of Transgender Soldiers,” released Oct. 7, 2016, contains the answers to most of those questions, but the Office of the Inspector General for at each installation can provide basic information to Soldiers and leaders, who can also reach out to Army subject-matter experts for more detailed information.

Then-Secretary of Defense Ash Carter announced the lift on the transgender ban in June 2016.

“We don’t want barriers unrelated to a person’s qualification to serve preventing us from recruiting or retaining the Soldier … who can best accomplish the mission,” he said. “We have to have access to 100 percent of America’s population.”

The Department of Defense defines “sex” as being assigned at birth based on one’s physical characteristics. “Gender” is defined as one’s internal sense of being male or female. Therefore, the DOD recognizes a transgender male as someone who was designated to be of the female sex at birth but identifies his gender as male regardless of whether sexual reassignment surgery has been conducted or not. The opposite applies to transgender females.

Army Directive 2016-35 established Army policies and procedures governing how service members who would like to begin transition or are in various stages of transition must proceed in order to change their gender designation in the Defense Enrollment Eligibility Reporting System (DEERS) and continue Army service in their preferred gender.

The actual transition process will vary from Soldier to Soldier based on the treatment plan developed by the treating medical professionals working with the transitioning Soldier. Some Soldiers may ultimately undergo sex reassignment surgery, while others may be treated through less invasive options including hormone therapy or other minor medical interventions.

One common phase of the gender transition process in most treatment plans is known as “real-life experience,” which refers to a period during which a transgender Soldier commences living socially in the gender role consistent with his or her preferred gender. One key difference between RLE for civilian patients and RLE for transitioning Soldiers is that the Army generally requires that RLE occur in an off-duty status, and not at a service member’s place of duty.

Once a Soldier has completed all phases of his or her approved gender transition plan, the Soldier’s brigade-level commander will submit written approval to the commander of U.S. Army Human Resources Command within 30 days of receiving all required information.

HRC will make the appropriate gender change in the Army personnel information system, which will update the Soldier’s gender marker in DEERS. Once the gender marker has been updated in DEERS, the Soldier is subject to all applicable standards required by his or her updated gender, to include using preferred gender-appropriate berthing, bathroom and shower facilities, with certain accommodations.

Army leadership acknowledges that implementation of this policy will present challenges associated with addressing transgender Soldiers’ needs while maintaining mission focus and the readiness of the Army.

Commanders and leaders may have questions concerning the Army’s implementation of this policy or may simply need assistance with understanding the issues surrounding the accommodation of transgender Soldiers in their formations.

Recognizing this need, the assistant secretary of the Army for Manpower and Reserve Affairs has established a Service Central Coordination Cell composed of medical, legal and military personnel experts to provide advice and assistance to commanders, address their inquiries, and process requests for exceptions to policy in connection with Soldiers undergoing gender transition.

The SCCC can be reached via email at usarmy.pentagon.hqda-dcs-g-1.mbx.sccc@mail.mil.