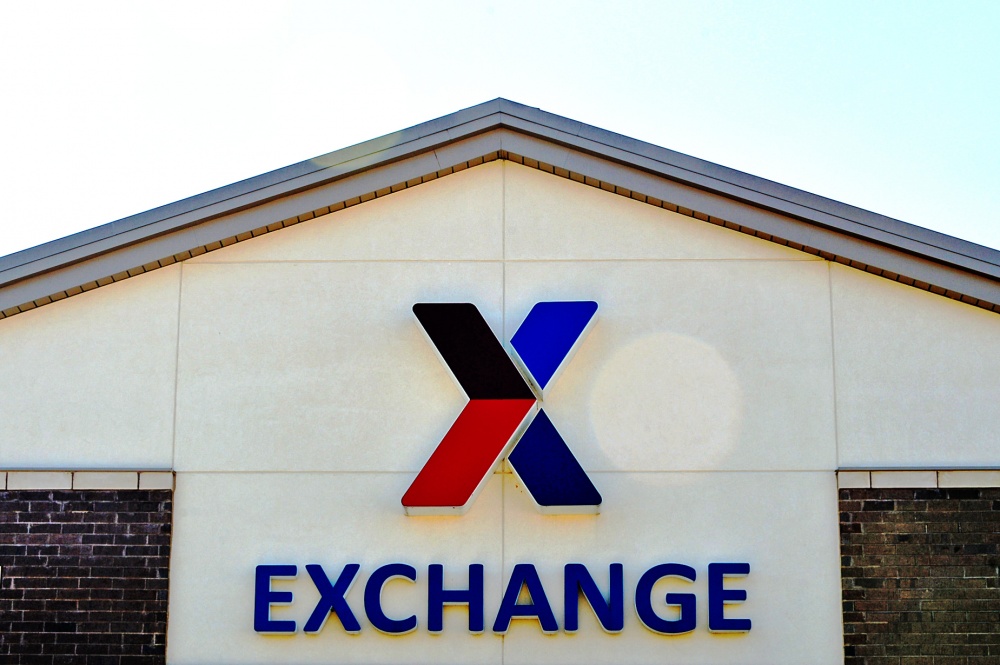 DECEMBER 27, 2017, Fort Worth, TX – For the first time in its 122-year history, the Army & Air Force Exchange Service is being featured in a national campaign focused on welcoming home all honorably discharged Veterans to their military family.

The 30-second TV commercials, which debuted Dec. 23 on ESPN during the 2017 Lockheed Martin Armed Forces Bowl, thank Veterans for their service and remind them of their lifelong online exchange shopping benefit at ShopMyExchange.com. Veterans Day marked the first expansion of military exchange benefits in nearly 30 years.

Since Nov. 11, the Exchange has ramped up efforts to let 18.5 million honorably discharged Veterans know about their new benefit, which includes tax-free shopping and military-exclusive pricing. Exchange associates staffed an outreach booth at Armed Forces Bowl, the first time the organization has been present at the annual Bowl for the Brave, which featured the U.S. Army Black Knights vs. the San Diego State University Aztecs. The Exchange also helped create a Wall of Heroes, which lined the concourse of the Amon G. Carter Stadium at Texas Christian University, to pay tribute to Warfighters.

Before the bowl game, Exchange Director/CEO Tom Shull greeted active-duty service members, military families and Veterans, thanking them for their dedication and sacrifices to our Nation.

“It’s an honor to be here and a privilege to support this,” Shull said. “These are exactly the kinds of families we want to support as we welcome them home to their Veterans online shopping benefit.”

As part of the excitement, the Exchange awarded bowl game prize packages to 19 military shoppers who won a sweepstakes featured on social media. Each prize package included two Champion Club game tickets, a parking pass, two sideline passes and two ESPN VIP passes. Winners came from as far as Wisconsin and Georgia to cheer for the Black Knights.

“I am so excited,” said Hall, who served as a Navy dental technician from 1988-1992 and is one of the millions of Veterans welcomed home on ShopMyExchange.com. “Today, I’m rooting for the Army.”

Lt. Col. Ron Gesaman and his wife, DJ, drove from San Antonio, through rain and fog, to claim their prize.

“This is just phenomenal,” said Gesaman, who has served in the Army for 31 years. “I never win anything, and my wife talked me into entering.”

Every purchase made at the Exchange, whether in-store or online, makes life better for service members and their families as 100 percent of earnings support Quality-of-Life programs including combat uniforms at cost, Army child development and fitness centers, Air Force outdoor recreation activities, affordable school meals for Warfighters’ children and more.

The national ads shown during the Armed Forces Bowl can be viewed here and here. Veterans can verify eligibility to shop the Exchange at ShopMyExchange.com/veterans.