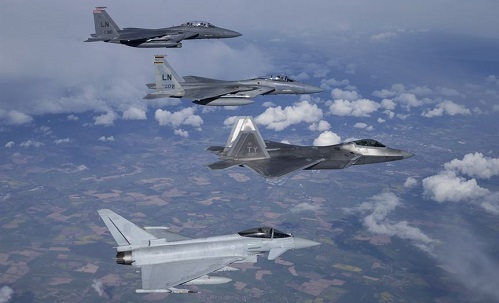 JOINT BASE SAN ANTONIO-LACKLAND, Texas (AFNS) — The Air Force will apply new Environmental Protection Agency guidance for perfluorooctanoic acid (PFOA) and perfluorooctane sulfonate (PFOS) to its ongoing effort to determine if water supplies at its U.S. installations and in local communities are at risk for contamination.

The Air Force has been following a 2009 EPA issued short-term provisional health advisory level for PFOA at 400 parts per trillion and 200 ppt for PFOS. On May 19, the EPA released new lifetime exposure health advisories for PFOS at 70 ppt and for PFOA at 70 ppt, which the service will apply.

“Protecting human health is our priority,” said Mark Correll, the deputy assistant Air Force secretary for environment, safety and infrastructure. “When there’s a potential our missions are having, or may have had, an adverse impact on communities, we take appropriate measures to protect it.”

The EPA defines PFCs as a diverse group of compounds, consisting of PFOA and PFOS, resistant to heat, water and oil. These man-made compounds, used in many industrial and consumer products, aren’t known to degrade naturally and persist in the environment.

Aqueous film forming foam (AFFF), a firefighting agent used by the Air Force and other Defense Department and civilian agencies to combat petroleum-based fires, contains both PFOA and PFOS.

In response to PFCs and other emerging contaminants, the Air Force Civil Engineer Center, the agency responsible for environmental management and response across the Air Force enterprise, established a program to systematically identify potential releases, respond to drinking water contamination and prevent future contamination.

The first step in the process is identifying where the firefighting foam may have been released from preliminary assessments. The second step is prioritizing the site investigations based on environmental risk factors that could indicate potential drinking water contamination, such as groundwater depth, offsite migration or a reasonable pathway to drinking water sources.

Currently, the Air Force has tested for PFCs at 30 bases, with 202 homes showing levels above the new EPA’s health advisory. AFCEC will continue to reevaluate completed assessments using the revised health advisory levels as part of a continuous process.

Initial assessments, and if necessary, subsequent site investigations allow the Air Force to prioritize sites where drinking water sources and human health are at risk, requiring future Air Force action. If a drinking a water source shows PFC concentrations below the new EPA health advisory levels, the Air Force will continue to monitor the situation.

The Air Force is finalizing plans to replace existing AFFF inventories with recently-approved alternatives that are more environmentally sound but still provide adequate protection. To prevent the future release of PFCs, Correll said the Air Force is limiting the use of AFFF to emergency responses to protect people and high-value assets.

“In events where we have to use AFFF, it will be cleaned up immediately to prohibit negative impacts to the environment,” he said.