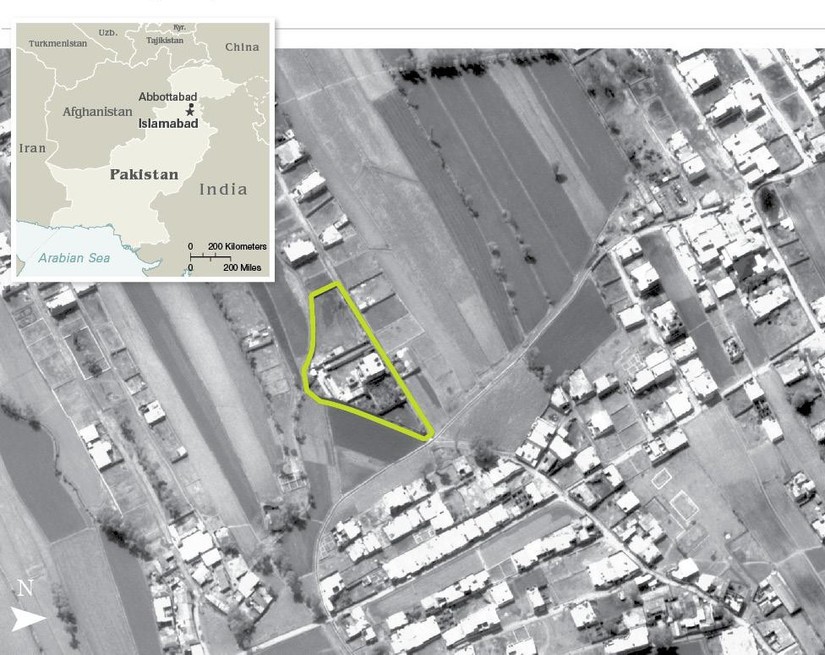 JUNE 29, 2020 – On May 2, 2011, U.S. Navy special operators carried out a Central Intelligence Agency-led operation to kill or capture Osama bin Laden, the founder of al-Qaida, the group responsible for many terrorist activities, including the 9/11 attacks. The raid on the compound in Abbottabad, Pakistan, owned by OBL, as he was called, was launched from Afghanistan.

Here’s the rest of the story:

The operators that entered the compound gathered a treasure trove of documents explained Brian Drake, Defense Intelligence Agency’s Science and Technology director of artificial intelligence, as he spoke via a webcast discussion yesterday. The webcast, titled “Human Machine Team: The Intersection of Diverse Skill Sets” was sponsored by Defense One.

DIA’s National Media Exploitation Center, working with the CIA, the National Geospatial-Intelligence Agency and others, collaborated on this, Drake said.

The media that was captured was flown to NMEC, where rudimentary artificial intelligence was able to exploit the data to discover future al-Qaida plans.

NMEC invested early in AI capabilities across the board, he said, in things like text recognition, object detection, machine translation and audio and image categorization that allowed them to go through petabytes of data that they get from document exploitation.

The result was tens of billions of pieces of relevant data that allowed analysts to quickly delve into the terrorist organization. The data alerted them to future plots, emerging threats and a greater understanding of mysteries they didn’t understand before, he said.

“Their installation of AI was the most impressive in government I’ve seen,” he added.

Had AI not been used in that instance, it would have taken the entire federal workforce to piece the puzzle together and it still probably wouldn’t have succeeded, he noted.

The speed of AI analyzing the media after the raid on Osama bin Laden’s compound in Abbottabad, Pakistan, was approximately a couple of hours. Today, AI can deliver the same information analysts need in mere milliseconds, he said.

Jane Pinells, the chief of test/evaluation of AI for the Defense Department’s Joint Artificial Intelligence Center, who also spoke, said that AI will soon deliver an even greater competitive advantage to warfighters.

Part of that effort, she said, will be done with interdisciplinary teams from such fields as neuroscience, education and experimental psychology, who can understand how the human-machine teaming with AI can be best integrated with the warfighters.

Communications will be especially key, she added. “Operators need to understand how the technology works, and what the limitations and risks with AI systems are.”

Another important piece of AI is ethics in using these systems. If AI cannot be employed in a responsible way on the battlefield “then we will not use AI for that mission,” she said. Everyone at the JAIC is responsible for ensuring this.