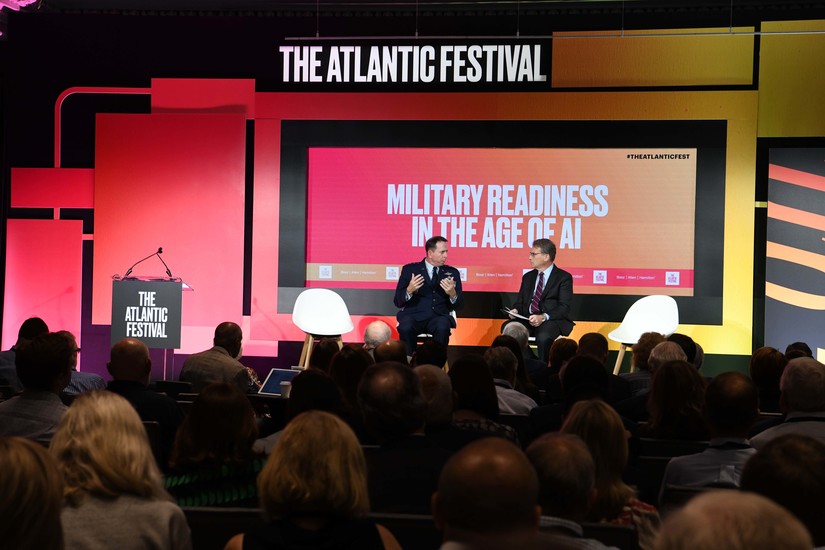 SEPTEMBER 25, 2019 – Artificial intelligence will give the United States, its allies and its partners advantages that will expedite and better inform decision-making on the battlefield, reducing the risk of casualties and collateral damage, the director of the Joint Artificial Intelligence Center said.

At the Atlantic Festival’s “Military Readiness in the Age of AI” event in Washington today, Air Force Lt. Gen. Jack Shanahan said that within the next year or two, artificial intelligence will begin to be employed in warfighting operations.

Currently, he said, AI is used in a fairly limited way in military applications such as perception, natural language processing and expert systems such as predictive maintenance to bring AI into lower-cost missions that don’t have major consequences to warfighters.

As proof of concept and confidence is gained in using AI, the general said, it will be adopted at scale, though he acknowledged reluctance to name which combat systems would be enabled first due to the algorithms and other adoptive variables involved.

As an example of how AI could directly benefit warfighters, Shanahan noted that intelligence analysts sometimes view full-motion video for 12 hours a day. “It’s very excruciating work and easy to make mistakes, and [it’s] just not really conducive to decision-making.”

AI could help them, he said, because “a basic definition of AI is machines performing at or above the level of human performance.” Still, he cautioned, using AI doesn’t mean there won’t be mistakes. “AlI humans are fallible, with or without AI,” he said.

One of the JAIC’s goals is getting AI out at speed and scale to benefit the warfighters, Shanahan said. AI funding is $89 million for the current fiscal year and $200 million for fiscal year 2020, which begins Oct. 1, he added.

Shanahan said that as AI advances in acceptance and applicability, he expects that funding level to increase over the course of the next five years.

It’s important for the Defense Department to communicate to the American people the importance of AI to national security, the general told the audience. Also, he said, Americans need to understand that policies are in place to ensure AI is used in a transparent and ethical manner, with humans always in control of what happens.