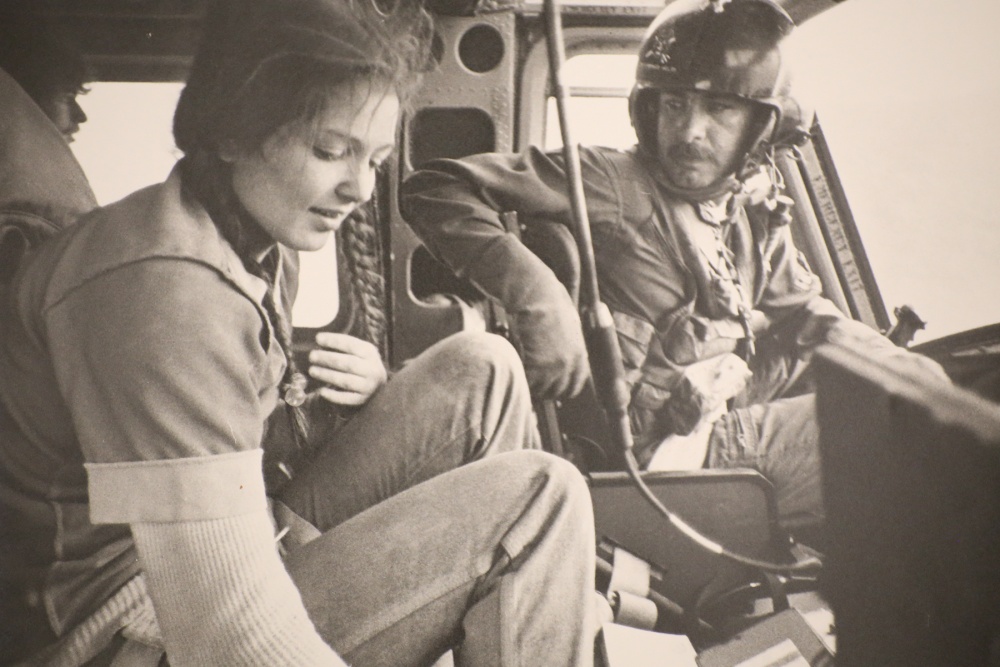 MAY 18, 2020 – Washington’s landscape forever changed on the morning of May 18, 1980, when Mount St. Helen’s unleashed the largest volcanic eruption in our nation’s history. Washington National Guard aviation crews in Yakima for their annual training saw the devastation and knew help was needed. Those brave citizen-soldiers risked their lives to save their fellow Washingtonians caught in the path of destruction.

In the weeks and months to follow more Guardsmen were called to support the state’s recovery, clean up and reopening efforts.

President Jimmy Carter would call this perhaps the National Guard’s finest peace time response. The economic impacts were in the billions, the loss of life could have been much worse if not for the pilots and crews who immediately responded.

Since the eruption of Mount St. Helens the Washington National Guard has actively engaged in many of our state’s largest natural and man-made disasters.

In the summer of 1994, more than 2,700 Guardsmen were called to support wildland firefighters who were battling, at that time, the worst fire season in state history.

In November of 1999, the Guard would be called to serve in the streets of Seattle with the Seattle Police Department following the World Trade Organization riots.

The Guard didn’t get a chance to rest for long, as they staged Guardsmen on Dec. 31, 1999 ready to help communities nervous about Y2K.

“Our Guardsmen had water and food ready to help, and like so many didn’t know what to expect,” said Sweeney. “Then when nothing happened, we sent them home to enjoy the New Year.”

In 2001, a 6.8 magnitude earthquake, with an epicenter just east of Olympia, shook the Puget Sound, causing nearly $4 billion in damage and breaking infrastructure up and down the I-5 corridor. The Guard supported Gov. Gary Locke with flight missions and assisted at the State Emergency Operations Center. This would start the conversations about the potential of a large-scale earthquake and potential resources needed. In 2016, the Washington Military Department would learn a lot of lessons following “Cascadia Rising,” a full-scale exercise testing the Cascadia plan. The Guard will participate in a future Cascadia exercise in 2022 to increase lessons learned and update its plan.

Following the actions of Sept. 11, 2001 and the attack on America, Guardsmen not only deployed to support the federal mission, they were also activated to support security missions at airports across Washington. Guardsmen assisted with ensuring that all passengers were safe and comfortable to travel again. The Guard would support what was called Operation Noble Eagle at airports until May, 2002.

As Guardsmen continued to deploy and return from missions overseas in support of Operations Iraqi Freedom and Enduring Freedom, Guardsmen at home continued to help Washington state during times of emergencies.

In 2005, as more than 3,000 members of the 81st Brigade Combat Team returned home from Iraq, many were called up to support missions in New Orleans following Hurricanes Katrina and Rita. Guardsmen would provide presence patrols, assist with air operations and provide aid in any way they were needed.

Guardsmen continued to support state activations in 2007 and 2008 with flooding in Western Washington, while also supporting snow storms in Eastern Washington in January 2009. That year also saw the second deployment of the 81st Brigade Combat Team to Iraq.

In 2010, the Washington National Guard would establish the Homeland Response Force, a group of soldiers and airmen that would assist during large scale state emergencies with command and control, security, decontamination and transportation elements. The HRF would receive its certification in 2011 and has been a model for others states in the country.

After a couple years of growing wildland fires, the Guard took a proactive approach 2013 with Operation Evergreen Ember, testing the organizations ability to respond to major wildland fires.

“While no one wants to see a repeat of last summer’s devastation, we can’t control Mother Nature,” said Major General Bret Daugherty, the adjutant general in 2013. “It is the Washington National Guard’s paramount duty to protect lives and property during emergencies.”

It didn’t take long for the Washington National Guard to use their newly acquired firefighting skills. In back-to-back years, 2014 and 2015, Washington experienced the worst wildland fire seasons in state’s history. More than 2,300 Guardsmen joined firefighters across the state to protect cities and towns. The Guard would be called to serve again in 2016, 2017 and 2018 during smaller wildfire seasons, but still making impacts that made a difference in our state.

2014 also saw one of the saddest disasters in Washington state’s history. On the morning of March 22, 2014 a portion of an unstable hill collapsed, sending mud and debris to the south across the North Fork of the Stillaguamish River, engulfing a rural neighborhood and covering an area of approximately one square mile.

Guardsmen with the Homeland Response Force and aviation teams went to work looking for survivors. During the 45-day activation, Guardsmen were able to recover remains of the 43 Washingtonians that died during this tragic disaster. They helped the citizens of Oso, Darrington and Arlington with transportation, food, donations and logistics support, while helping a community find strength after the tragedy.

In 2016 the Guard began a relationship with Sec. of State Kim Wyman to provide support to election security. The Guard provided an extra layer of cyber security ensuring that all Washingtonians votes were counted correctly.

Snowstorms and flooding in 2018 and 2019 saw the Guard provide needed support to first responders in the cities of Issaquah, Carnation, North Bend and Duvall.

Now 40 years after the eruption of Mt. St. Helens, the Washington National Guard is continuing to serve the citizens of Washington during the state’s response to the COVID-19 pandemic. More than 1,500 Guardsmen have been activated since March 2020, providing support at food banks across the state, assisting at local Community Based Test Sites, assembling COVID-19 test kits, providing logistical support, delivering home care and personal protective equipment, and assisting in a voluntary mapping mission to help slow the spread of the virus and reopen our economy.

Whatever the disaster, either man-made or natural, the Washington National Guard has always been and will continue to be there to support the citizens of our state, our neighbors, our friends and our families.