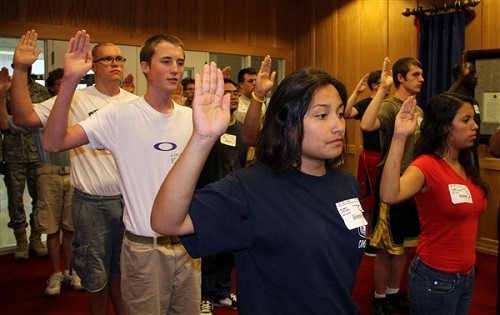 After you have gone through the entire MEPS process and have had a final interview and fingerprints done, you will swear the Oath of Enlistment. From here you are on your way to Basic Military Training.

The Oath of Enlistment