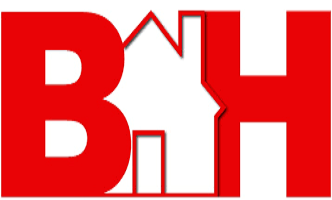 What is BAH or Basic Allowance for Housing (BAH) and why is it important?

It began in January 1998. It replaced the Variable Housing Allowance (VHA), and Basic Allowance for Quarters (BAQ). If you are unable to live on a military base the U.S. Department of Defense (DOD) pays military personnel a “Basic Allowance for Housing” (BAH) which is intended to supplement their salary and make it possible for them to provide adequate, safe housing for themselves and their dependents. BAH is not considered income and in not taxable.

The DOD’s goal is that as of January 2005, Basic Allowance for Housing (BAH) rates will cover 100% of the average rental costs for the type of dwelling authorized for the specific paygrade (rank).

Continuing to slow the growth in compensation costs, the 2016 Basic Allowance for Housing Program expands the member cost-sharing element (out-of-pocket expense). Based on the authority provided in the FY 2016 National Defense Authorization Act, the cost-sharing element was increased to two percent. The cost-sharing amounts incorporated in the 2016 Basic Allowance for Housing rates vary by grade and dependency status and range from $24 to $57 monthly. This means for 2016, a typical member will need to absorb two percent of the national average housing cost by pay grade. This rate computation change slows the growth of certain military pay and benefits in a fair, responsible, and sustainable way. Even with these nominal changes, the overall military pay and benefits package remains robust and healthy.

Housing cost data are collected annually for over 300 Military Housing Areas in the United States, including Alaska and Hawaii. An important part of the Basic Allowance for Housing process is the cooperation from the Services and local military housing offices in the data collection effort. Input from local commands is used to determine in what neighborhoods data is collected and to direct the data collection effort towards adequate apartment complexes and individual housing units.

Median current market rent and average utilities (including electricity, heat, and water/sewer) comprise the total housing cost for each military housing area and are included in the Basic Allowance for Housing computation. Total housing costs are developed for six housing profiles (based on dwelling type and number of bedrooms) in each military housing area. Basic Allowance for Housing rates are then calculated for each pay grade, both with and without dependents.

There are several types of BAH to satisfy various housing situations that occur among military members. In general, the amount of BAH you receive depends on your location, pay grade, and whether you have dependents. Under most circumstances, you receive BAH for the location where you are assigned, not where you live. Additionally, you may be entitled to some BAH amounts if you are residing separately from your dependents. This occurs in situations involving unaccompanied overseas tours or having a dependent child that resides with a former spouse. The rules regarding these situations can become quite complex. Consult your Finance Office if you are in one of these situations. Each type of BAH is described below.

A member without dependents who is living in government quarters is entitled to a Partial BAH.

BAH RC/T is a non-locality housing allowance for members in particular circumstances, for example, reservists on active duty for 30 or fewer days. It also applies when a member is in transit from selected areas where no prior BAH rate exists (such as overseas). It does not vary by geographic location. BAH RC/T was set based on the old Basic Allowance for Quarters (BAQ), which was based on the national average for housing. BAH RC/T is published annually and is determined by increasing the previous year’s rates by the national average percentage growth of housing costs.

BAH-Diff is the housing allowance amount for a member who is assigned to single-type quarters and who is authorized a basic allowance for housing solely by reason of the member’s payment of child support. A member is not entitled to BAH-Diff if the monthly rate of that child support is less than the BAH-Diff. BAH-Diff is determined by the SECDEF and was equal to the difference between BAQ with dependents and BAQ without dependents in 1997 for the member’s grade. BAH-Diff is published annually and is determined by increasing the previous year’s rates by the percentage growth of military basic pay. For more information contact your finance office.