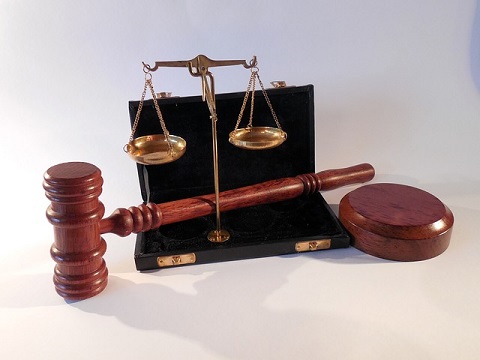 November 4, 2015, by Brooke Chaplan – A military court is called a court-martial, the plural being courts-martial. Many military crimes are not tried in a civilian court and are done differently in the proceedings. Some countries do not convene their courts-martial during times of peace. France and Germany being two examples who use civilian courts instead.

What Comprises A Court-Martial?

A court-martial will have at least the following components: a presiding judge, prosecutor, and a defensive council. The council is composed of trained lawyers who are enlisted in the army. In some cases, a panel of officers and enlisted personnel will be on the case as well.

The format usually varies from country to country and case to case. A more severe accusation will need more formality than other accusations, for instance.

Who Is Tried in a Court-Martial?

There are two types of people who can be tried in a court-martial. The first is anyone who is in the reserve or on active duty for any military post. The second is anyone who was taken as a prisoner of war. However, the Geneva Convention states that prisoners of war must be tried in the same way as the military forces of the country they are being held by. For example, if an Afghan soldier is being tried by the United States of America, he or she would be tried the same way an American soldier would be.

What Can They Be Tried For?

Some crimes are civilian as well – perjury, fraud, and theft are all good examples of this crossover. Purely military crimes include cowardice, insubordination, and desertion. Some laws that cover what jurisdictions courts-martial have include the Queen’s Regulations, the Orders and National Defense Act for the Canadian and British forces, and the Uniform Code of Military Justice for American troops.

It depends on the situation. Navies will usually hold a court-martial after a ship is lost at sea. While this never implicates the captain was in the wrong, it simply allows them to put on record that this ship is lost.
Other exceptions will depend on where the trial is taking place. For example, war and sex crimes are not military crimes in Finland and the UK investigates offences against service laws, but has recently changed how they have had courts-martial.

In all, the process of going through the military court is quite different. From the kinds of crimes that are tried, to who is involved in the sentencing, the differences are important distinctions to know. For more information on how military crimes can differ from their counterparts, a master in criminal justice online program can provide some answers in their curriculum.