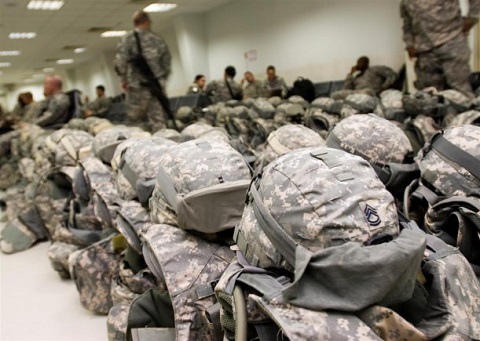 October 22, 2015, By Chris Taylor – On Veterans Day, we as a country take the time to celebrate, honor, and mourn those who have sacrificed so much in the defense of those freedoms we hold most dear. It is a time to reflect on the values and principles that these brave men and women embodied in their sacrifice, namely patriotism, bravery, and a willingness to make incredible sacrifices for the good of all mankind. It also serves as a reminder of their deeds, and an opportunity to look back at our collective past and try and learn from it.

Men and women continue fight in defense of freedom and the values we hold dear, and there are still millions who make daily sacrifices to help keep us safe. It is important that we remember and honor those who have fought for us, but also do everything we can to help those who continue to fight for us. One of the ways in which many choose to help our brave servicemen and women is by ensuring they are equipped and protected to the highest degree.

Body armor has existed in one form or another for thousands of years, and certain iterations will likely be very familiar to most. Whilst there have been revolutionary advancements in the field, the ideas and even some of the techniques have remained largely the same.

Body armor first began with the wearing of furs and rudimentary leather as protection against blunt trauma and the teeth and claws of wild animals. Modern body armor works in the same way, with layers of fabric designed to ‘trap’ weapons. There are even more obvious examples of this thought process in Medieval China, as Chinese soldiers would sometimes wear layers of woven silk to stop swords, pikes, arrows and even bullets. The use of fabrics is the basis of modern body armor, and yet the use of hard materials, particularly metal, is still an important part of protection. Armor that utilizes metal is the more traditional image of body armor, and as early as 1400 BC soldiers were equipped with armor that used plates of metal. As metal forging became easier and more accessible armor was able to be developed further and become increasingly advanced. 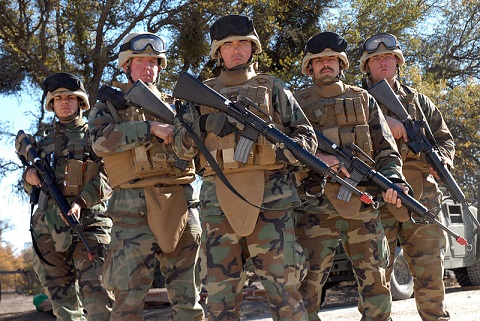 This eventually lead to plate armor, which used thick plates of metals like steel or even bronze to deflect attacks. Modern ‘hard’ armor still utilizes thick, hard plates of steel, ceramics, or plastic in the same way. Another example of past techniques being employed in modern armor is in the use of chainmail in stab proof vests. Chainmail helped stop weapons from penetrating armor thanks to its strength and flexibility. It was usually paired with more ‘solid’ materials like plate armor, and in modern stab proof vests it is used in conjunction with the more ‘solid’ Kevlar™ fabric. Chainmail, in both modern and medieval armor, helps protect against edged weapons.

However, this plate and mail armor of the late Middle Ages was heavy and expensive, and quickly hit a point of diminishing returns. As warfare changed with the advent first of the pike, then the crossbow, and finally the firearm, body armor became less and less relevant despite still being worn in battle. Even though crossbows and firearms remained relatively weak and cumbersome, it still signaled the decline of plate and mail.

Armor of solid metal plates continued to be used even as firearms became cheaper, stronger and quicker. Despite the weight and bulk, plate armor found use in the artillery-heavy campaigns of the late 18th and early 19th Century. Plate armor provided some protection against explosives and fragmentation, and was still used even as late as the 1950s and 60s in Korea and Vietnam. However, it was during the 1960s that body armor experienced a dramatic development.

DuPont® began experimenting with plastics in the 1960s in the form of Aramids, strong yet lightweight fibers. These fibers were used by DuPont® to create a fabric called Kevlar™, a name synonymous with modern body armor. Kevlar™ has an extremely high strength-to-weight ratio while remaining flexible and lightweight, offering great potential for use as body armor. It was quickly shown to be excellent at dispersing energy and coping with impacts, and was promptly adopted as body armor. Aramids and plastics were soon embraced by a number of companies who began to create similar products, and as a result body armor became more accessible than it had ever been, not to mention far lighter and stronger than ever before.