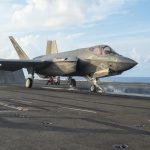 JANARY 25, 2022 - An F-35C Lightning II, assigned to Carrier Air Wing (CVW) 2, had a landing mishap on deck while USS Carl Vinson (CVN 70) was conducting routine flight operations in the South China Sea, Jan. 24. The pilot safely ejected from the aircraft and was recovered via U.S. military helicopter. The pilot is in stable condition. There were seven total Sailors … END_OF_DOCUMENT_TOKEN_TO_BE_REPLACED 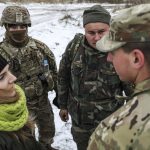 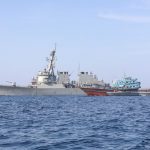 JANUARY 24, 2022 - The Configured Air Load Building Tool, a system being developed as part of the “Aerial Port of the Future” initiative, was recently tested in the 436th Aerial Port Squadron at Dover Air Force Base. The CALBT system consists of light detection and ranging cameras to create 3D images of cargo received by the 436th APS, also known as the Super Port, along … END_OF_DOCUMENT_TOKEN_TO_BE_REPLACED 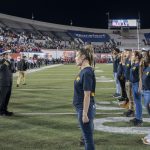 JANUARY 24, 2022 – The Navy has today announced its updated FY22 enlistment incentive bonuses in an effort to recruit the highest quality of recruits and to ensure Fleet readiness. Bonus amounts differ depending on program and eligibility, but max out at $50,000, and are effective for any future Sailor initially classified or reclassified on or after of January 21, … END_OF_DOCUMENT_TOKEN_TO_BE_REPLACED