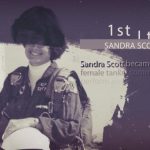 JUNE 30, 2020 - In honor of the first women who became U.S. Air Force pilots, Air Education and Training Command officials renamed the Martin Hall Conference Room, the Trailblazer Room, during a virtual ceremony, June 29. Located in the AETC headquarters, the newly renamed Trailblazer Room was dedicated to the first 10 women who earned their silver wings, Sept. 2, … END_OF_DOCUMENT_TOKEN_TO_BE_REPLACED 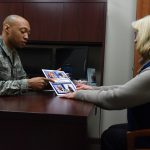 JUNE 29, 2020 - For Airmen enrolled in Tricare Reserve Select, there has been a change over the last 60 days on Tricare coverage payments due to the COVID-19 pandemic and the ability to request reinstatement if needed due to miscommunication of policy guidelines. The June 16 policy change stated Tricare “will delay terminating coverage for one month beyond the last … END_OF_DOCUMENT_TOKEN_TO_BE_REPLACED 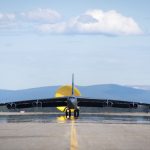 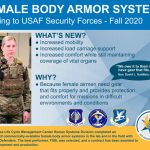 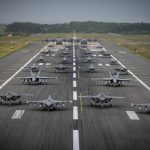 JUNE 24, 2020 - Members of the 35th Fighter Wing completed a readiness exercise designed to validate the wing’s ability to rapidly generate combat airpower at Misawa Air Base, June 23. The exercise culminated in a joint and bilateral “elephant walk” formation composed of 31 aircraft, demonstrating large-scale combat airpower local to Misawa AB. “The goal of this exercise was … END_OF_DOCUMENT_TOKEN_TO_BE_REPLACED