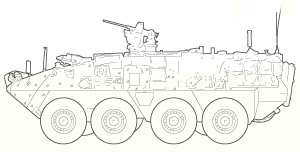 To fulfill an immediate requirement in the Army’s current transformation process to equip a strategically deployable (C-17/C-5) and operationally deployable (C-130) brigade capable of rapid movement anywhere on the globe in a combat ready configuration. The armored wheeled vehicle is designed to enable the Stryker Brigade Combat Team (SBCT) to maneuver more easily in close and urban terrain while providing protection in open terrain.

Three block improvements are planned for the Stryker. A crew-installable add-on armor kit that provides 360-degree RPG-7 protection, an internal recoil-mounted 120mm mortar system, and embedded training that will be provided beginning with the third SBCT. Block improvements will be retrofitted to SBCTs 1 and 2 in subsequent years. 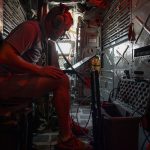