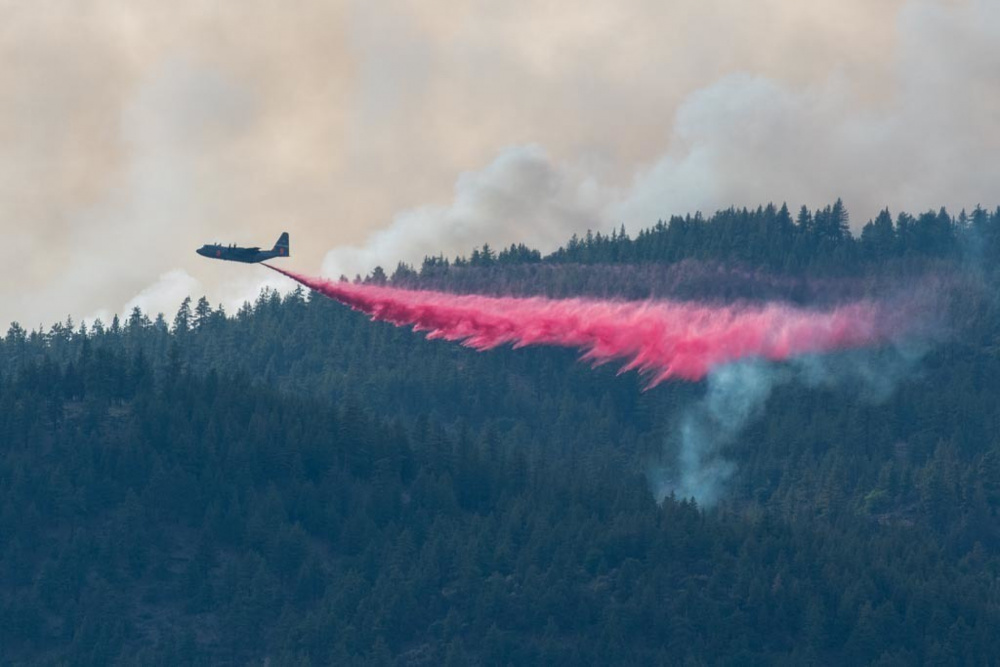 MAFFS, Modular Airborne Firefighting System, is essentially a storage tank loaded inside the C-130 so it can drop up to 3,000 gallons of fire retardant through the rear aircraft nozzle in less than 10 seconds across a quarter-mile line. The MAFFS’s belong to the Forest Service while the aircraft are Air Force owned.

Since activating June 26, the MAFFS mission has flown 225 sorties resulting in 199 drops dispensing over 5 million pounds of flame retardant.

“We feel for those affected and have our top Airmen giving their best efforts to help suppress the wildfires,” added Pierce.

For photos and videos of the MAFFS program, visit: www.dvidshub.net/feature/MAFFSAEG. For more information on Modular Airborne Firefighting Systems, visit: https://www.fs.usda.gov/managing-land/fire/planes/maffs