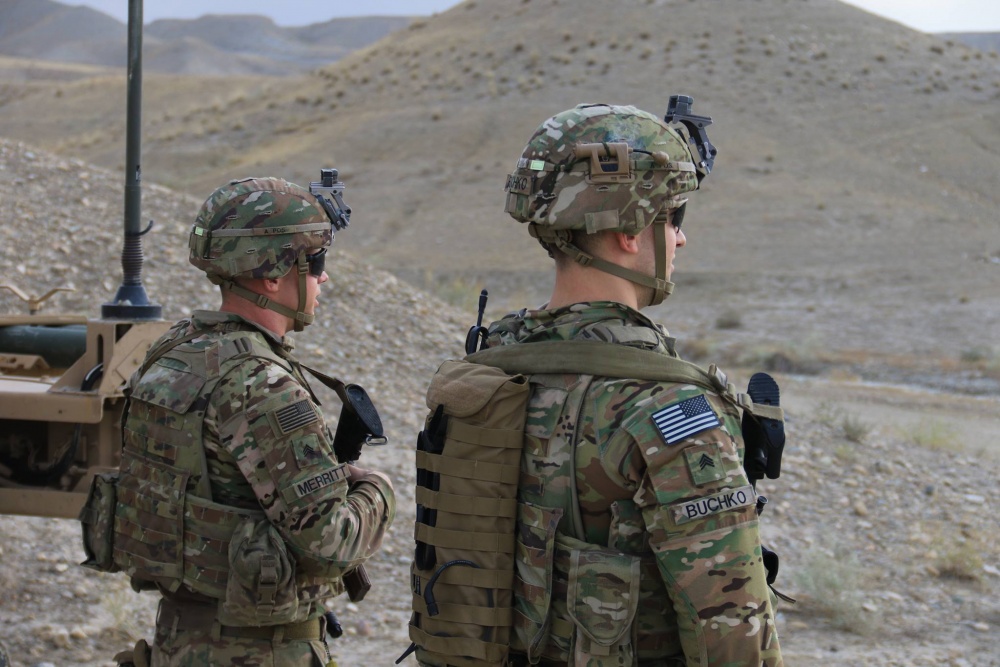 JUNE 15, 2021 – Army-funded research has resulted in the development of a programmable fiber that could transmit data from Soldier uniforms.

Researchers at the Army’s Institute for Soldier Nanotechnologies at the Massachusetts Institute of Technology developed the first fiber with digital capabilities. The fiber can sense, store, analyze and infer activity when sewn into a piece of clothing.

“This groundbreaking research, with other research underway at the ISN, could revolutionize Soldier uniforms,” said Dr. James Burgess, ISN program manager for the U.S. Army Combat Capabilities Development Command, now known as DEVCOM, Army Research Laboratory. “We could outfit our Soldiers with uniforms that could generate power, give them vital information about their physiology and environmental exposures, provide their location to their team and alert someone if they incur an injury. All of this could be done with very little increase in weight carried by the Soldier.”

Ultimately uniforms with this technology could power sensors, store and analyze the collected data and transmit data to outside sources.

The research, published in Nature Communications, describes how the team created the new fiber. The team placed hundreds of square silicon microscale digital chips into a preform that created a polymer fiber. By precisely controlling the polymer flow, the researchers created a fiber with continuous electrical connection between the chips over a length of tens of meters.

Until now, electronic fibers have been analog, carrying a continuous electrical signal, rather than digital, where discrete bits of information can be encoded and processed in 0s and 1s.

Army-funded research results in the creation of a programmable fiber that could collect, analyze and transmit data from Soldier uniforms.

The fiber itself is thin and flexible and can pass through a needle, be sewn into fabrics, and washed at least 10 times without breaking down.

“When you put the fiber into a shirt, you can’t feel it at all,” said Gabriel Loke, MIT doctoral student. “You wouldn’t know it was there.”

Yoel Fink, professor in the departments of materials science and engineering and electrical engineering and computer science at MIT said that digital fibers expand the possibilities for fabrics to uncover the context of hidden patterns in the human body for physical performance monitoring, medical inference, and early disease detection.

A digital fiber can also store a lot of information in memory. The researchers were able to write, store, and read information on the fiber, including a 767-kilobit full-color short movie file and a 0.48-megabyte music file. The files can be stored for two months without power.

The fiber also takes a few steps forward into artificial intelligence by including, within the fiber memory, a neural network of 1,650 connections. After sewing it around the armpit of a shirt, the researchers used the fiber to collect 270 minutes of surface body temperature data from a person wearing the shirt, and analyzed how these data corresponded to different physical activities. Trained on these data, the fiber was able to determine with 96 percent accuracy the activity in which the person wearing the shirt was participating.

Adding an artificial intelligence component to the fiber further increases its possibilities, the researchers say. Fabrics with digital components can collect a lot of information across the body over time, and these lush data are perfect for machine learning algorithms, Loke said.

With this analytic power, the fibers someday could sense and alert Soldiers in real-time to health changes like a respiratory decline or an irregular heartbeat, or deliver muscle activation or heart rate data during training exercises.

It could also provide data on any toxins Soldiers are exposed to, the length of time they are exposed, and monitor any effects those toxins have on their physiology.

The programmable fiber is thin and flexible and can pass through a needle, be sewn into fabrics, and washed at least 10 times without breaking down.

The fiber is controlled by a small external device so the next step will be to design a new chip as a microcontroller that can be connected within the fiber itself.

“When we can do that, we can call it a fiber computer,” Loke said.
The U.S. Army established the MIT Institute for Nanotechnologies in 2002 as an interdisciplinary research center to dramatically improve protection, survivability and mission capabilities of the Soldier and of Soldier-supporting platforms and systems.

In addition to the Army, the, National Science Foundation, the MIT Sea Grant and the Defense Threat Reduction Agency supported this research.

As the Army’s national research laboratory, ARL is operationalizing science to achieve transformational overmatch. Through collaboration across the command’s core technical competencies, we lead in the discovery, development and delivery of the technology-based capabilities required to make Soldiers more successful at winning the nation’s wars and come home safely. DEVCOM Army Research Laboratory is an element of the U.S. Army Combat Capabilities Development Command. DEVCOM is a major subordinate command of the Army Futures Command.