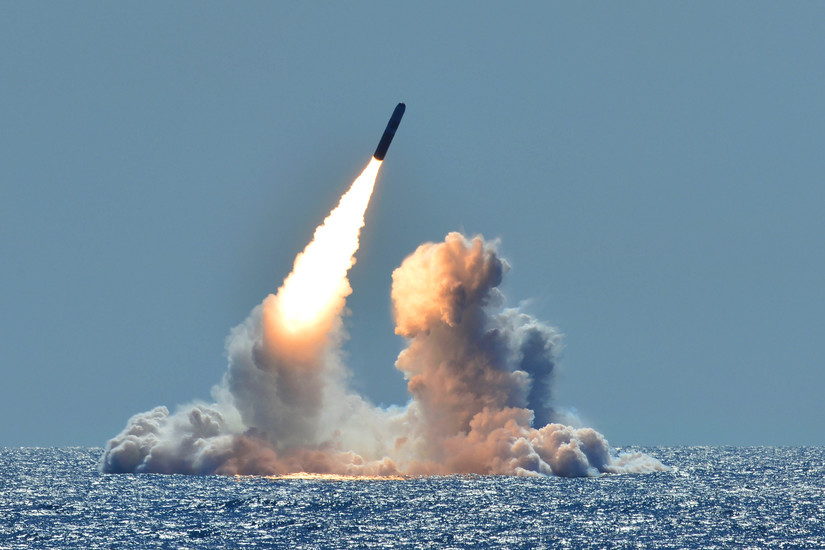 MARCH 4, 2020 – The United States maintains a robust nuclear arsenal that consists of ground-based, air-launched and sea-launched weapons. Together, it’s commonly called the “nuclear triad,” and it remains the centerpiece of the U.S. nuclear deterrent. The triad is fast approaching the end of its service life and must quickly be replaced before it’s lost.

Victorino G. Mercado, currently performing the duties of the assistant secretary of defense for strategy, plans and capabilities testified today before the House Armed Services Committee, subcommittee on strategic forces. He told lawmakers that efforts to replace the triad are not part of an arms race.

“The U.S. seeks only what it needs to maintain a credible nuclear deterrent,” he said. “In contrast to Russia, who maintains about 2,000 non-strategic nuclear weapons and are pursuing and fielding other novel nuclear capabilities, we have no desire or intent to engage in an arms race nor match weapon-for-weapon the capabilities being fielded by Russia.”

The DOD’s fiscal year 2021 budget request for nuclear forces, Mercado said, is $28.9 billion, or 4.1% of the total DOD request. The funding request to modernize the existing triad is about 1.7% of the budget request, he added. “The nation’s nuclear modernization program is affordable,” he said.

Mercado said that after decades of deferred recapitalization of the nuclear triad, the U.S. must move ahead with modernizing its nuclear forces. Additionally, as defined in the Nuclear Posture Review, the U.S. must also pursue additional flexibility with systems like the sea-launched cruise missile, he said, “to ensure that there are no gains to be made through the use of any nuclear weapon, strategic or otherwise.”

As part of the modernization of the triad, the DOD is asking for around $2.8 billion for the B-21 Raider long-range strike bomber. The Air Force eventually expects to purchase 100 of the aircraft, which will carry the B61-12 and B83 nuclear gravity bombs, as well as the long-range standoff cruise missile. The Department also seeks funds for the procurement of the Columbia-class ballistic submarine for $4.4 billion and the ground-based strategic deterrent for $1.5 billion. The ground-based strategic deterrent is expected to replace about 400 Minuteman III intercontinental ballistic missiles.

“Nuclear attack is the only existential threat to the United States, and our nuclear arsenal is the nation’s only ultimate insurance policy against such an attack,” Mercado said. “Our nuclear triad underwrote every U.S. military operation around the world and also provided extended deterrence guarantees to over 30 allies and partners, precluding the need for them to pursue their own nuclear arsenals. This is the return on investment of our nuclear forces.”