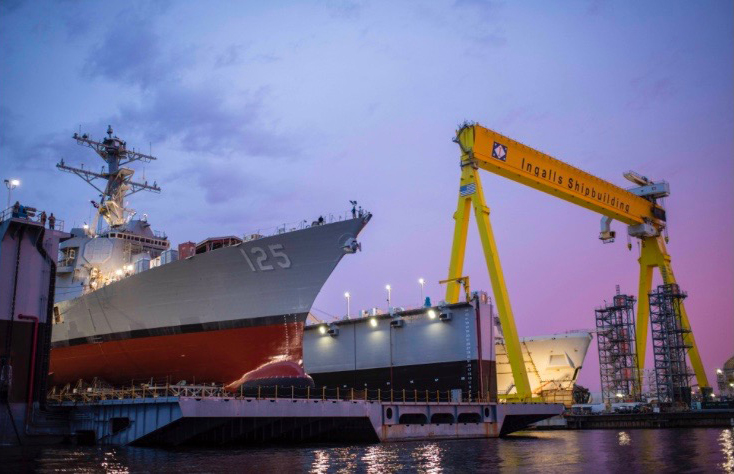 The DDG 51 Flight III upgrade is centered on the AN/SPY-6(V)1 Air and Missile Defense Radar and incorporates upgrades to the electrical power and cooling capacity plus additional associated changes to provide greatly enhanced warfighting capability to the fleet. The Flight III baseline begins with DDGs 125-126 and will continue with DDG 128 and follow on ships.

The DDG 51 Arleigh Burke-class Guided Missile Destroyer (DDG 51) is a multi-mission guided missile destroyer designed to operate offensively and defensively, independently, or as units of Carrier Strike Groups, Expeditionary Strike Groups, and Surface Action Groups in multi-threat environments that include air, surface and subsurface threats. These ships will respond to Low Intensity Conflict/Coastal and Littoral Offshore Warfare scenarios, as well as open ocean conflict, providing or augmenting power projection, forward presence requirements and escort operations at sea. Flight III is the fourth Flight upgrade in the 30+ year history of the class, building on the proud legacy of Flight I, II and IIA ships before it.

HII is currently constructing four other DDG 51 class ships, including the future Frank E. Petersen Jr. (DDG 121) and Lenah Sutcliffe Higbee (DDG 123) in the Flight IIA configuration, and the future Ted Stevens (DDG 128) and Jeremiah Denton (DDG 129) as Flight III ships. There are a total of 20 DDG 51 class ships under contract at both new construction shipyards.

As one of the Defense Department’s largest acquisition organizations, PEO Ships is responsible for executing the development and procurement of all destroyers, amphibious ships, sealift ships, support ships, boats, and craft.