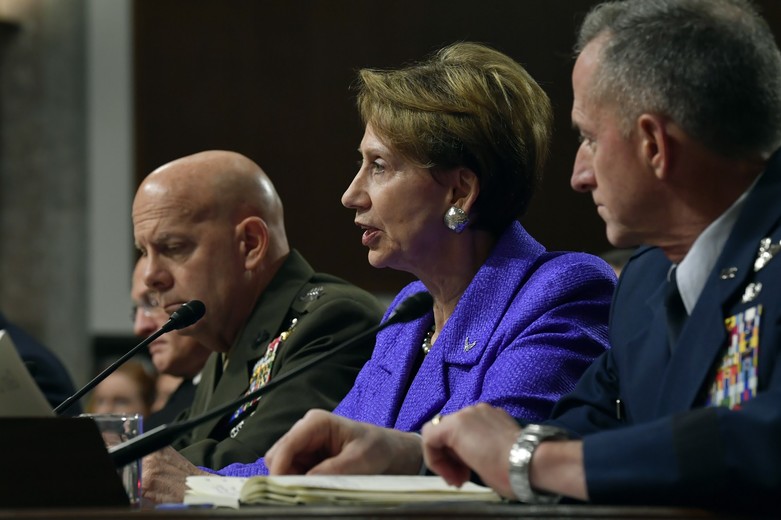 DECEMBER 4, 2019 – Secretary of the Air Force Barbara M. Barrett insisted to the Senate Armed Services Committee Dec. 3 that the service is moving aggressively to fix chronic problems with privatized housing while also acknowledging that the “Air Force owns part of the responsibility” for dangerous and unhealthy conditions.

“While many bases have effective privatized housing, others have suffered with project owners who have simply failed,” Barrett said in her opening comments to the committee. Secretaries from the Army and Navy as well as the military chiefs from each of the four services joined Barrett at the hearing.

While the companies have not always performed well, the Air Force has stumbled too, she said.

“We cut too many personnel who provided oversight of the projects and failed to fully empower the chain of command to own and fix these issues,” she said. “As a result, housing problems have distracted from the Air Force mission, disrupted our Airmen and dislocated their families. This is unacceptable, so we are taking necessary steps to hold our project owners accountable for improved performance.”

Tuesday’s hearing was a follow-up to a previous session in March to measure progress addressing widespread problems with base housing maintained by private contractors. Among the myriad chronic problems are moldy houses, rodent infestations, and gas and sewage leaks.

While senators acknowledged progress, there was bipartisan concern about what they considered the slow pace.

Sen. James Inhofe, R-Okla., committee chairman, set the tone early, noting the “dismal conditions” at some bases, including Tinker Air Force Base in Oklahoma. He told Barrett, the other service secretaries as well as the military chiefs from the Air Force, Navy, Army and Marines that “confession is good for the soul.”

“The time for talking is over,” he said, likening the current housing issues to the “crisis” that confronted Walter Reed Medical Center in 2007 when shoddy care, unhealthy conditions and sluggish response were uncovered. Inhofe’s observations are important because he chairs the committee and because Tinker Air Force Base is in his home state.

Two of the most high-profile improvements, for example, a Tenants Bill of Rights and a mechanism for tenants to withhold rent if repairs are not made quickly and correctly, are still being developed.

She noted that the Air Force has completed an investigation by the service’s inspector general and that many of the recommendations have been put in place.

“We are integrating leadership and accountability into all levels of housing,” she said. Where misconduct is found or suspected, including allegations of falsifying maintenance reports, “these allegations have been referred to the Air Force Office of Special Investigations which, in coordination with the FBI, will determine whether to press criminal charges.”

All four services also said they were being far more aggressive in evaluating and, when justified, withholding performance payments to companies that manage and maintain the housing.

They also emphasized efforts to train all commanders and push them to take a more active and cognizant role in addressing problems and, more broadly, ensuring more muscular oversight of housing conditions.

“You can’t delegate that,” Air Force Chief of Staff Gen. David L. Goldfein told the committee, adding that providing safe and adequate housing to Airmen and their families is a “sacred duty. This is command echelon business.”

Even with those actions, Elizabeth A. Field, who directs the Defense Capabilities and Management division for the U.S. General Accountability Office, told senators that completely fixing the problems “will take many years.”

Part of the reason, she said, is flawed data and contracts that in some cases run for 50 years.

An annual housing survey that the Department of Defense must submit to Congress each year and which the department often uses as a counterpoint to criticism “is not in any way reliable,” she said. The most recent survey found that 87% of respondents had a favorable opinion of their “community.” However, no specific questions were asked about satisfaction with actual housing or if the unit was habitable.

Field added that the GAO’s efforts to analyze another eight million records from 14 installations that included work orders for repairs, could not be accomplished because “the data was so unreliable it could not be used.”

Acting Navy Secretary Thomas B. Modly said cultural barriers connected to privatizing essential services must also be demolished. “When you outsource something there is a cultural shift where people no longer think it’s their problem,” he said.

Army Secretary Ryan D. McCarthy made a similar point. “We must fix the current housing crisis using a house-to-house approach. We must also fix the governance model and address underlying issues to ensure systemic change.”

Inhofe said the committee will hold yet another hearing on the topic “early next year” to maintain pressure and monitor progress.

He noted more than a dozen family members who travelled to attend the hearing.

“These are the people whose trust you’ll need to regain,” he said.

In May 2019, the Air Force launched the Air Force Housing Hotline to address the concerns regarding the military privatized housing program.

By Charles Pope, Secretary of the Air Force Public Affairs 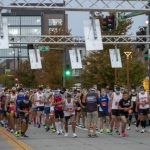