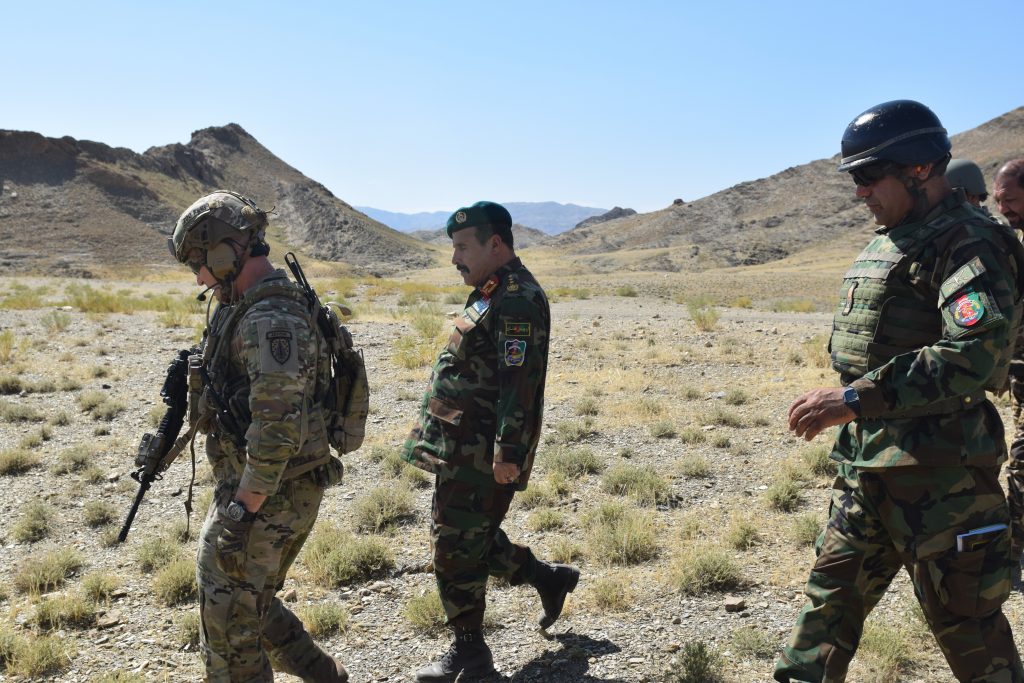 MAY 7, 2021 – American service members will move out with professionalism and dedication to fulfill the newest mission in Afghanistan, ending the U.S. presence in the country by September, Secretary of Defense Lloyd J. Austin III said today.

Austin and Army Gen. Mark A. Milley, chairman of the Joint Chiefs of Staff, held their first joint press conference at the Pentagon.

Austin said the military will carry out President Joe Biden’s orders to end America’s longest war. He hastened to say this is not the end of American support to the Afghan government and Afghan National Security Forces. Once U.S. and partner troops are out of the country, the U.S.-Afghan bilateral relationship will change and grow in different ways, he said.

“I am enormously proud of the men and women of the military, who are now — and who have for the past 20 years — dedicated themselves to an important mission,” the secretary said. “That mission is now changing. But they are meeting the challenge with the same professionalism with which they have met every task assigned to them. We’re going to do everything that we can to make this drawdown deliberate, orderly and safe and to protect our people and our partners.”

Milley said the mission is to conduct, “a responsible coordinated and deliberate retrograde of U.S. forces from Afghanistan, in good order.” The retrograde will be synchronized with allies and partners.

“We’ve been steadily transferring functions and responsibilities to the Afghan security forces for considerable amount of time,” Milley said.

Throughout this process, diplomatic efforts will be ongoing between the Afghan government and the Taliban.

“With respect to the Taliban, there continued to be sustained levels of violent attacks, primarily against the [Afghan National Security Forces]; there have been about 80 to 120 enemy-initiated attacks a day for the past year,” he said. There have been no attacks against U.S. and partner forces.

He said the Afghan military and police and the Afghan government are cohesive and effective now. “The president of the United States’ intent is to continue to support both the ANSF and the government of Afghanistan,” he said. “To date, we have closed one base in Helmand; approximately 60 C-17 equivalents have departed with various equipment and rolling stock; and over 1,300 pieces of equipment, have been transferred either to the Defense Logistics Agency for destruction or to the ANSF for their use.”

Additional troops and capabilities have transferred to the region to boost security. This includes six additional B-52 Long Range Strike bombers and a package of 12 fighter bombers. “In addition to that, the [secretary of defense] extended the Eisenhower Carrier Strike Group,” Milley said.

Three men stand behind podiums and talk to a socially distanced group.
Austin said Afghan forces are capable. He noted an instance in Lashkar Gah in which the Afghan security forces conducted a counterattack and performed fairly well.

“We will continue to support them after we retrograde with, with funding, with over-the-horizon logistics,” Austin said. “We will remain partners with the Afghan government, with the Afghan military; and, and certainly we hope, through our continued support, the Afghan security forces can be effective.”

There are roughly 300,000 members of the Afghan army and Afghan police. “It’s not a foregone conclusion, in my professional military estimate, that the Taliban automatically win and Kabul falls and all those kind of dire predictions,” Milley said. “There’s a significant military capability in the Afghan government. And we have to see how this plays out.”