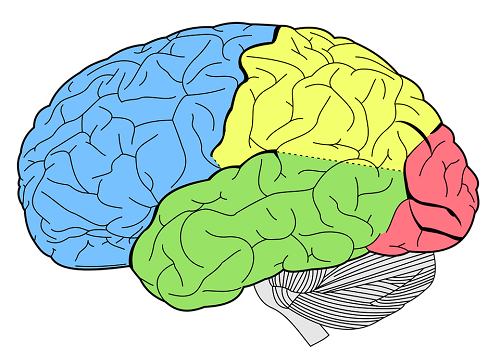 MARCH 1, 2016, ARLINGTON, Va. (NNS) – In a breakthrough study that could improve how people learn and retain information, researchers at the Catholic University Medical School in Rome significantly boosted the memory and mental performance of laboratory mice through electrical stimulation, officials announced today.

The study, sponsored by the Office of Naval Research (ONR) Global, involved the use of Transcranial Direct Current Stimulation, or tDCS, on the mice. A noninvasive technique for brain stimulation, tDCS is applied using two small electrodes placed on the scalp, delivering short bursts of extremely low-intensity electrical currents.

“In addition to potentially enhancing task performance for Sailors and Marines,” said ONR Global Commanding Officer Capt. Clark Troyer, “understanding how this technique works biochemically may lead to advances in the treatment of conditions like post-traumatic stress disorder, depression and anxiety, which affect learning and memory in otherwise healthy individuals.”

The implications of this research also have great potential to strengthen learning and memory in both healthy people and those with cognitive deficits such as Alzheimer’s disease.

“We already have promising results in animal models of Alzheimer’s disease,” said Dr. Claudio Grassi, who leads the research team. “In the near future, we will continue this research and extend analyses of tDCS to other brain areas and functions.”

After exposing the mice to single 20-minute tDCS sessions, the researchers saw signs of improved memory and brain plasticity (the ability to form new connections between neurons when learning new information), which lasted at least a week. This intellectual boost was demonstrated by the enhanced performance of the mice during tests requiring them to navigate a water maze and distinguish between known and unknown objects.

Using data gathered from the sessions, Grassi’s team discovered increased synaptic plasticity in the hippocampus, a region of the brain critical to memory processing and storage.

Although tDCS has been used for years to treat patients suffering from conditions such as stroke, depression and bipolar disorder, there are few studies supporting a direct link between tDCS and improved plasticity, making Grassi’s work unique.

More importantly, researchers identified the actual molecular trigger behind the bolstered memory and plasticity-increased production of BDNF, a protein essential to brain growth. BDNF, which stands for brain-derived neurotrophic factor, is synthesized naturally by neurons and is crucial to neuronal development and specialization.

“While the technique and behavioral effects of tDCS are not new,” said ONR Global Associate Director Dr. Monique Beaudoin, “Dr. Grassi’s work is the first to describe BDNF as a mechanism for the behavioral changes that occur after tDCS treatment. This is an exciting and growing research area of great interest to ONR.”

Beaudoin said tDCS treatment could one day benefit Sailors and Marines, from helping them learn faster and more effectively to easing the effects of post-traumatic stress disorder.

“Our warfighters face tremendous challenges that are both physically and cognitively taxing,” she said. “They perform their duties in stressful environments where there are often suddenly and randomly varying levels of environmental stimulation, disrupted sleep cycles and a constant need to stay alert and vigilant.

“We want to explore all interventions that could help them stay healthy and perform optimally in these environments — especially when treatments are potentially noninvasive, effective and lead to long-lasting changes.”