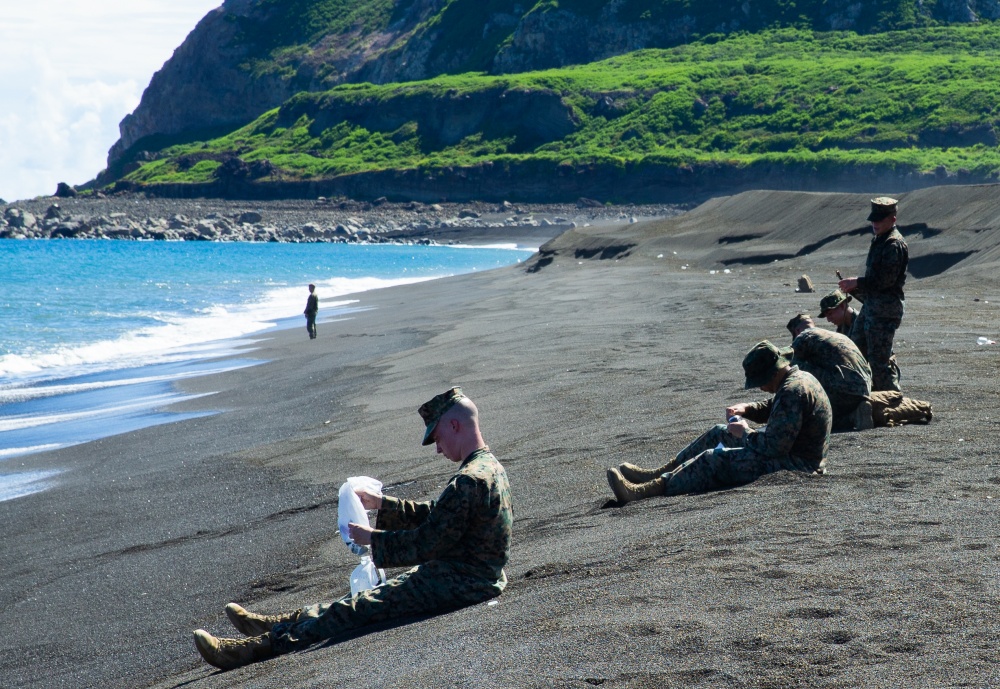 JULY 8, 2019 – 74 years ago the U.S. Marine Corps underestimated their enemy, what they had anticipated to be a short battle against the outnumbered Japanese troops ended up as a 36-day siege resulting in nearly 7,000 Marines losing their lives. There was no doubt the U.S. would successfully complete their mission, however the landing forces were not prepared for the Japanese that were well entrenched and had prepared for battle, resulting in one of the bloodiest battles in U.S. Marine Corps history.

Iwo Jima has since become a memorial ground to honor all of the American and Japanese troops that died in the battle. Today Japan and the U.S. are allies, on occasion service members are able to visit the island and reflect on the history. Stepping foot on an iconic battle site of World War II is a once in a lifetime opportunity that most service members do not get to experience. Marines and Sailors of Okinawa were fortunate enough to visit the island and learn about some of the history of that Battle.

A professional military education presentation was given on the beaches by U.S. Marine Corps 1st Lt. Evan C. Clark, the training officer of 7th Communication Battalion, July 2, 2019. The Marines and Sailors hiked the 5k trail from the flight line to the beach, along the way were various memorials of those who fought during this 36-day battle.

“One memorial stood out to me as especially moving,” said Clark. “There was a memorial built where U.S. and Japanese veterans of the Battle of Iwo Jima were brought back, where they met stands a plaque honoring their reunion.”

The plaque was made for the 40th anniversary of the Battle of Iwo Jima when American and Japanese veterans of the war returned to the island. They came together in friendship to honor the sacrifices of those who fought bravely and honorably.

Following the presentation, U.S. Navy Lt. Hal Jones, the Chaplain for 7th Comm. Bn. offered a prayer and proposed a moment of silence to honor and respect all of the people that died during the events that took place on Iwo Jima.

“Any person that has served has seen pictures from Iwo Jima, particularly the raising of the flag on Mt. Suribachi,” said Jones. “But it’s impossible to fully comprehend from just pictures as to how many bodies were here strewn all over the beach and the extreme difficulty they went through. Being here has brought a better understanding of what took place here.”

Both Clark and Jones said they believe the presentation to be important and beneficial to the Marines and Sailors serving their country.

“More than anything, it is a reminder of our history,” said Clark. “This is why we exist as a service. This is where we rediscover the importance of what the Marine Corps does.”