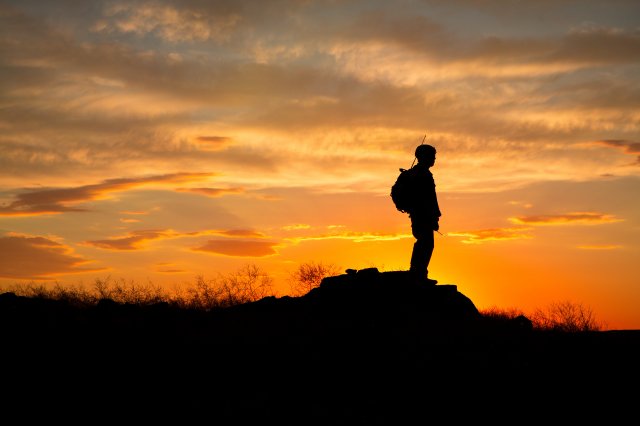 AUGUST 20, 2019 – Earlier this year, former Sgt. Maj. of the Army Daniel A. Dailey testified to Congress that the Army was expanding the Not In My Squad (NIMS) initiative in an attempt to change the problematic parts of Army culture and confront the problem of sexual assault and harassment in the military.

In the months leading up to the end of his tenure, as Command Sgt. Maj. Michael A. Grinston officially became the new SMA Aug. 9, Dailey quietly oversaw the next iteration of his legacy program, changing the focus of the initiative from identifying culture problems in squads to giving squad leaders specific tools to make immediate changes.

“NIMS is the next step in creating programs that will empower our first-line leaders to identify and solve problems,” Dailey said. “The transition to NIMS is important as we continue to learn and evolve, just as we have always done for 244 years.”

NIMS, first fielded at the start of Dailey’s term as SMA in 2015, is a bottom-up approach to changing Army culture, and focuses on squad leaders as the linchpins to mitigating negative behaviors in their units. This approach complements top-down policy changes the Army has implemented.

Originally spearheaded by the Center for the Army Profession and Ethic (now CAPL), the NIMS workshop is overseen by the Army’s SHARP, Ready and Resilient (SR2) Directorate, which has the ability to provide the workshop Army-wide through its 28 R2 Performance Centers. The change includes a transition to a more robust NIMS curriculum, including emphasis on giving squad leaders an ethical filter they can use for daily decision making which will enable them to build trust within their teams.

“We want to give them something tangible they can walk away with and implement in their squad,” said Casey Olson, Chief of Training for SR2. “We want squad leaders to feel empowered to take these skills and utilize them in their units, to grow as squad leaders, and to help the junior leaders below them get to the next level.”

Olson said there are concrete ways to train decision-making, and as a result of NIMS, squad leaders will learn the steps to take when they face a tough decision. The workshops will be taught by Master Resilience Trainers-Performance Experts (MRT-PEs), who are professionally trained in achieving behavior change and facilitating necessary conversations.

The SR2 Directorate has been testing the new NIMS curriculum this summer with pilots in Houston, Texas; Schofield Barracks, Hawaii; and Fort Irwin, Calif. The pilot workshops have yielded feedback from squad leaders that has been incorporated into the curriculum. SR2 will field a final version of NIMS to Soldiers in Germany in December of this year.

After the training in Germany, SR2 will evaluate the effectiveness of the NIMS workshop at the 3-month, 6-month and 9-month mark to see if squad leaders have been able to effectively apply the skills learned. The evaluation will not only involve surveys of squad leaders, but also their platoon sergeants, who will be able to provide feedback on whether they have seen changes in the effectiveness and culture of their squads, Olson said.

Ideally, Soldiers will “take the tools they learn within the workshop and [when] they go back [to their units] apply it in relevant situations that occur on a daily basis so they can influence the culture and climate, build team work, make better decisions and increase motivation… to improve squad cohesion,” said Alex Rivera, Training Analyst at SR2.

So far, Soldiers who have taken the pilot workshop have provided positive feedback, stating the workshop gave them the opportunity for the self-reflection necessary to grow as leaders.

“You sit back and you look in the mirror and ask if you are doing everything that you are supposed to be doing,” said Sgt. Chad Alexander, with the 453rd Inland Cargo Transfer Company, a reserve unit from Texas. “We all agreed if we want things to be better, we can’t continue to point fingers. It all starts with self.”

Immediately after the workshop, Alexander said he implemented a regular check-in with his Soldiers for physical training, instead of just waiting to check in during their monthly drill. Now they motivate each other to reach their PT goals by staying in touch throughout the month on social media and checking in via text and WhatsApp.

“I learned that our self-values don’t always align with Army values, which can cause internal conflict and hinder work,” Mann said, “Giving individuals the right tools to make hard decisions helps.”

While the Army already has professional and leadership education for NCOs, NIMS acts as a supplement, leveraging specialized cognitive training SR2 MRT-PEs can deliver to make Soldiers more effective.

“I am extremely passionate about NIMS. It’s something that is very near and dear to me,” Dailey said. “Many of the Army’s large, complex strategic problems can be solved by individual first-line leaders committing to NIMS.”

To request a NIMS workshop for junior leaders in your unit, contact the R2 Performance Center closest to you or contact SR2 at usarmy.pentagon.hqda-dcs-g-1.list.resilience-training@mail.mil.