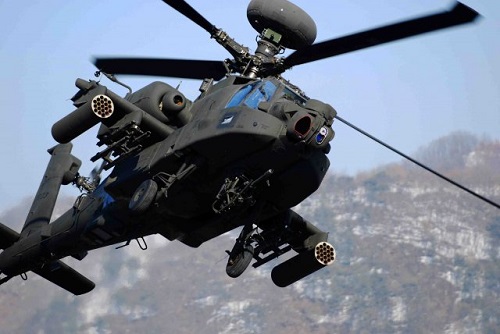 Using the UH-60 Black Hawk helicopter as an example, Gayler said an average of about 78 pounds per year have been added annually — for all the right reasons. That includes increased protective gear, ammunition, new technologies and so on. Over the years, those increases have totaled about a ton-and-a-quarter.

All of that weight affects speed, lift, range, maneuverability and the amount of stuff that can be carried, he said.

Years ago, four Black Hawks could move a platoon, he pointed out. Now, it takes eight or nine and by 2020 — assuming the linear weight increases continue at the current rate — it will take 15 to 20, he said.

That decrease in capability severely limits options for ground commanders, he said. Besides that, it increases risk, and fuel consumption goes way up as well. “We’ve got to fix that,” Gayler said.

Steffanie Easter, principal deputy assistant secretary of the Army for Acquisition, Logistics and Technology, said “we’re giving up options for our warfighters by not being able to give them the power they need.”

The Improved Turbine Engine Program, or ITEP, is a completely new engine that will likely one day replace those currently in the AH-64 Apache and Black Hawk helicopters, Gayler said. It will return a lot of that lost capability.

“ITEP is critical,” he said. “We must get it right to buy back maneuverability.”

Easter said ITEP is the solution for improved mobility, range and payload capacity of the current fleet.

ITEP will replace the 1970s-era T700 family of engines for the Black Hawk and Apache fleet, she said. It’s going to provide over 3,000 shaft horsepower, which is a great increase over the current 1,900 to 2,000 hp. The ITEP design will also decrease the amount of maintenance required.

Brig. Gen. Erik C. Peterson, commander, U.S. Special Operations Aviation Command, said his Soldiers are excited about ITEP as well, but their emphasis in on the maneuverability aspect of what it promises, and somewhat less on range and payload.

That may mean special operations will get its own variant, but cost would be an important deciding factor, he said, meaning they might go with what the Army gets.

Brig. Gen. Bob Marion, Program Executive Officer, Aviation, said ITEP is a big deal for the Army and it will be resident in about 85 percent of its platforms.

It also has potential for Future Vertical Lift, or FVL, if not the motor then pieces of the technology, he said.

Marion said fielding ITEP is still years away. “We’re going after milestone A this quarter,” after which “we’ll be looking to award two contracts and down-select two vendors.”

Gayler said that while ITEP will meet near-term demands for increasing power, longer-term solutions are needed.

The CH-47 Chinook helicopter was brought into the fleet in 1964, he said. Its scheduled departure from the Army is 2064. “That’s 100 years on that airframe. It’s similar with the Apache and Black Hawk. These are gaps. It’s what keeps me up at night.”

He added: “I don’t want my grandchildren flying the same aircraft my father flew.”