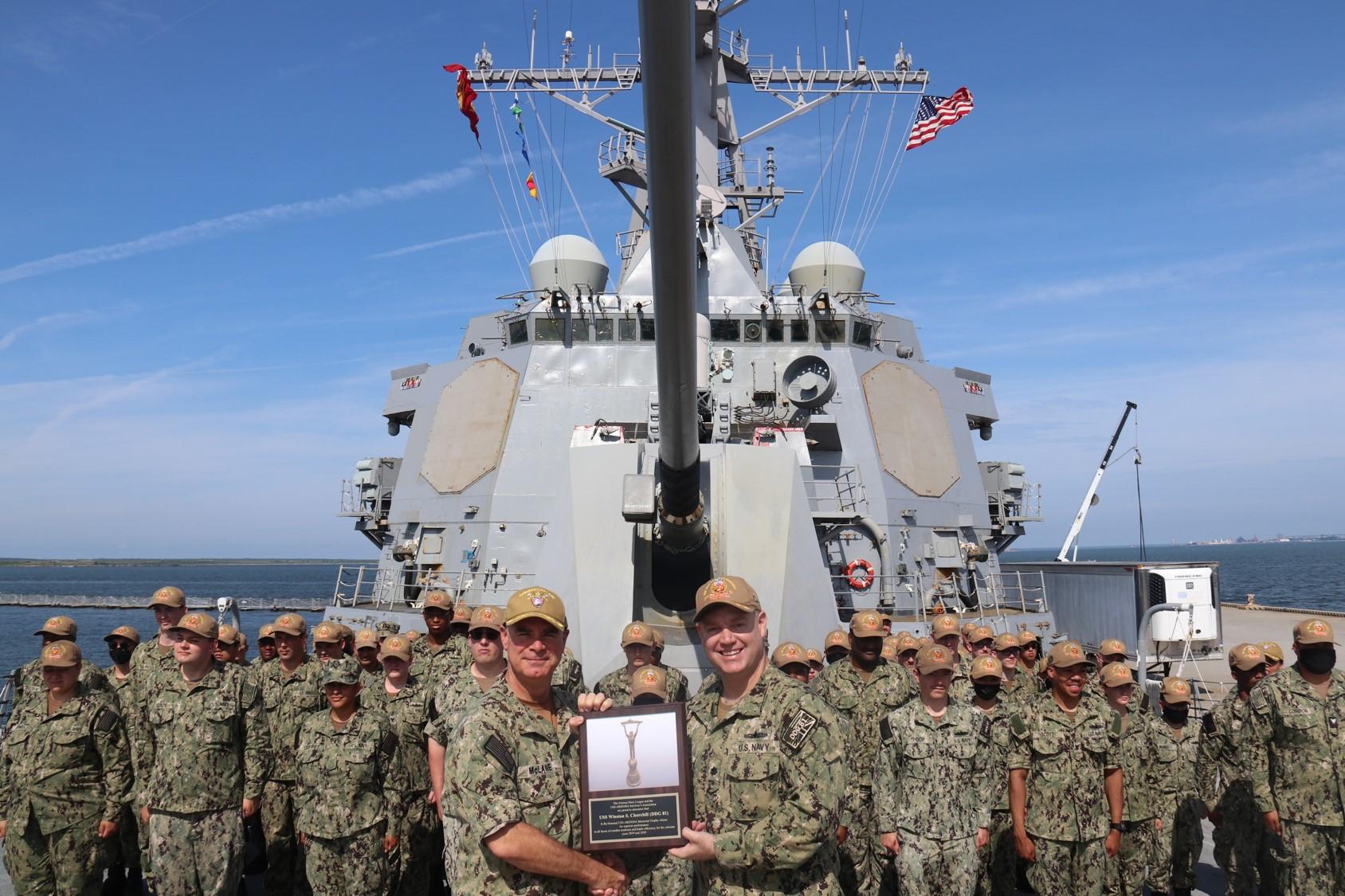 Consistent with the mission of USS Arizona (BB 39), the trophy is awarded every two years to the best performing, combat-ready crew among ships of the surface force with primary missions in strike warfare, surface fire support, and anti-surface warfare. The CNO announced that the Arleigh Burke-class guided-missile destroyer earned the award in May.

“As I told the crew on 21 May 2020, the day I took command of CHURCHILL, quoting the famous Admiral Arleigh Burke, ‘The strength of any military organization lies in its combat power… The combat power is the sum of two basic elements, its equipment and its people.’ With Combat Readiness specifically CHURCHILL’s number 1 priority in my Command Philosophy, I could not be any prouder of the crew of CHURCHILL for their phenomenal achievements over the past two years,” said CDR Timothy F. Shanley, WINSTON S. CHURCHILL Commanding Officer.

CHURCHILL had the opportunity to represent the Navy overseas on deployment during a worldwide pandemic and demonstrated the ability of the Navy to operate anywhere in the world. She has continuously set the standard for combat readiness through her arduous Basic Phase, pre-deployment workups, COVID deployment to the Fifth and Sixth Fleets, and her recent success in successfully completing the Navy INSURV inspection.

On her deployment CHURCHILL traveled nearly 60,000 miles and completed 26 strategic choke point transits, escorting a total of 23 vessels over 14 of those transits. She transited the Strait of Gibraltar twice, the Suez Canal twice, the Straits of Bab-el-Mandeb 14 times, and the Strait of Hormuz 8 times.

The Strike Team onboard CHURCHILL completed a multitude of advanced Strike Scenarios in the C5F and C6F Areas of Responsibility (AOR), proving time and time again her team’s prowess. “Winning the Arizona Memorial Award was a true honor. As a leader you see first-hand the hard work that our Sailors put in every day to maintain Combat System readiness,” said Gunners Mate Chief Adam Waddell, one of the leaders for Weapons Department on WINSTON S. CHURCHILL. “Seeing them receive such a prestigious award for their efforts has been one of the greatest moments of my career.” WINSTON S. CHURHCILL’s homeport is Norfolk, VA.