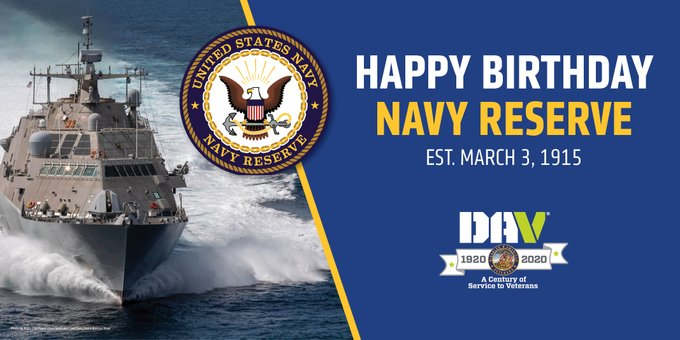 MARCH 4, 2020 – Reserve Sailors have answered the nation’s call for over 100 years with a proud legacy forged by dedicated men and women willing to put civilian careers on hold and serve in defense of the country. Today we celebrate the Navy Reserve’s 105th birthday.

Created in 1915 in response to the World War I, the Navy Reserve made up approximately 84 percent of the Navy’s fighting force during the war. Since then, Navy Reserve Sailors have served in every major war in which the United States has fought. Among its ranks are five U.S. Presidents and 15 Medal of Honor recipients.

“Critical maritime capabilities and capacities have always been resident in the Navy Reserve. The U.S. Navy has always relied on the Navy Reserve to accomplish the mission. You would be hard pressed to identify a major naval operation that did not include a significant contribution by the Reserve force,” said Capt. Dale Maxey, commander, Navy Region Southeast Reserve Component Command Jacksonville.

The story of the Navy Reserve Force is etched on countless monuments across the land, attesting to the faithful service and sacrifice of citizen Sailors throughout American history. They have risen to meet the challenges of the nation, providing support to the Navy’s mission with military expertise at a lower cost, but also with an ability to enhance it with the civilian skills that they bring to the table.

The Navy Reserve of the 21st century is part of an elite team of highly experienced Sailors prepared to deliver the capabilities required for the Navy to maintain maritime superiority. Reserve Sailors will continue to strengthen the Navy team through an optimal active and reserve force mix, and Reserve Sailors will maximize their impact on the mission, bringing diverse skillsets, innovation, and operational agility to the Fleet. 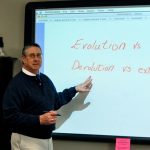