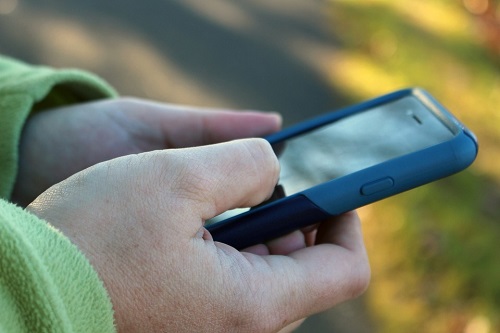 The pilot program will allow Sailors and their families assigned to Hampton Roads, Virginia and Rota, Spain a chance to download and interact with the application prior to its release.

The LiveSafe app, developed in the wake of the Virginia Polytechnic Institute and State University shooting in April 2007, provides Sailors with consolidated resources in easy to use formats. The application also enables two-way communications between Sailors and their family or friends, along with emergency services and command services to improve their safety and security.

“The basic concept was to design a mobile app to help Sailors with prevention by providing a one-stop shop for all of their needs,” said Capt. Charles Marks, U.S. Fleet Forces sexual assault prevention and response officer.

The app will also feature links to simplified program information associated with a variety of Navy programs to include sexual assault prevention and response, family advocacy, suicide prevention, drug and alcohol abuse prevention, and the latest updates and policy changes for each of the programs. Content will be available even when Wi-Fi or cell phone signal is not.

“All Hampton Roads and Rota Sailors are encouraged to download this free app and use it,” said Marks.

The app, developed by LiveSafe with the Navy, is now available for free in Apple’s App Store and the Google Play store.

Once downloaded, users will have access to local and base emergency services and a special “Walksafe” feature allowing Sailors to temporarily share their GPS location with someone of their choosing. As they travel, the Sailors will be able to communicate with their chosen person through phone conversation or silently, depending on the circumstances. Once the Sailor has arrived at their destination and is free of possible dangers, the GPS tracking can be disabled.

“The app, which launched in both the Apple and Android platforms, will be available to 44,500 Sailors; we want the fleet to test-drive the app and provide needed feedback,” said Marks. “Safety of our Sailors and our families is one of the Navy’s top priorities, and we expect this app to help us in that mission.”

All Sailors in Hampton Roads and Naval Station Rota are encouraged to download the app, use it, and provide feedback during periodic focus group meetings regarding the app’s use and ability. Sailor feedback will be a crucial part of the pilot program to ensure the Navy knows the shortfalls and issues with the program prior to its Navywide launch. 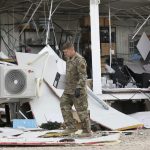