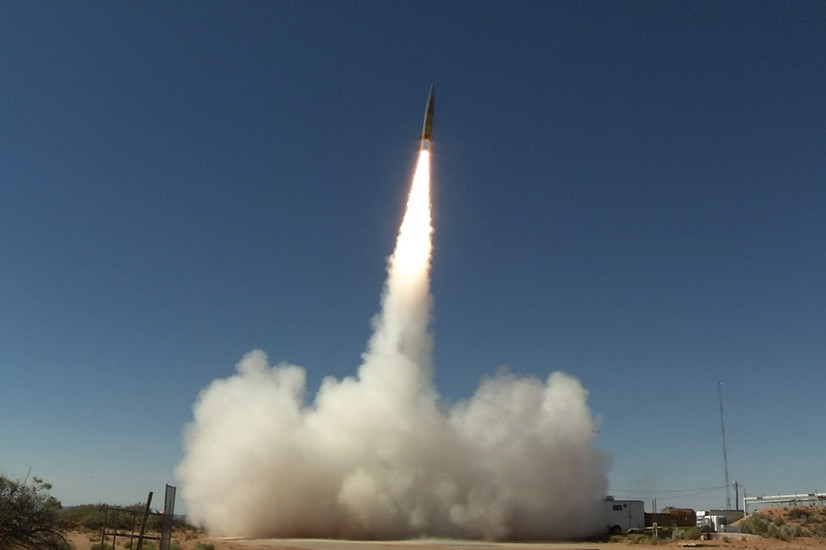 JULY 1, 2020 – Missile defense has gone from pie-in-the-sky Star Wars technology in the 1980s to a proven military capability in the 21st century, and the Missile Defense Agency is looking to extend those capabilities against new threats.

Navy Vice Adm. Jon Hill, the agency’s director, told the Hypersonic Weapons Systems webinar in London the agency is looking to adapt current technologies against the hypersonic threat while looking toward new capabilities.

“The sad reality is that many of these threats, regardless of how they’re launched and what their profiles are, really do look like hypersonic threats,” he said.

Ballistic missiles as they approach impact are hypersonic, as are many maneuverable cruise missiles. “So if you’re the sailor on the deck of a ship, they all look the same to you,” Hill said. “If you’re a soldier manning a land-based battery, it’s going to be maneuvering and coming in very quickly at hypersonic speeds. If you’re one of the airmen that’s manning one of the many sensors that are out there, it’s going to look fast, and it’s going to be moving quickly.”

So, the hypersonic threat already exists. The Missile Defense Agency now must adapt as the threat morphs, Hill said. Right now, the hypersonic threat is almost ancillary to the capabilities of ballistic and cruise missiles, he added, but as competitors test and build, that threat will become more sophisticated.

“We’re defending the United States, our deployed forces, our allies and friends from missile attacks in all phases of flight,” Hill said. It is a simple mission statement, but not so simple to execute.

The key to the program is the sensor array. “We leverage all sensors, and many, many countries are in the business of fusing data so that you have a complete track picture,” the admiral said. “We call it from … birth-to-death tracking and that is absolutely required. You don’t want to lose track of the threats, particularly if [they are] unpredictable and maneuverable.”

The agency will leverage space sensors, which is typically how it sees initial launches. “We will fly through ground-based sensors,” he said. “We have ships with the sensing capability deployed globally. Another great way that we partner with our allies that sensor architecture is critically important, particularly as the threats become more and more maneuverable over time.”

The existing sensing architecture and battle management system and even existing weapons can counter this very formidable threat, but more needs to be done, he said.

So, the bottom line is that just because a weapon is hypersonic doesn’t mean it can’t be intercepted. “Like all good engineering organizations, we’re going to look for where the vulnerabilities are in a hypersonic flight, whether it’s a glide vehicle or cruise missile,” Hill said.

The glide phase looks to be the most promising place, because it is earlier in a missile’s trajectory, Hill said. “We are now investigating what it would take to move into that first part of the glide phase,” he added.

This means evolving the terminal system, “and then looking at how we can change the propulsion as required — change the front end to get to the glider phase,” Hill said. “It is a tough regime to operate in. But you have to remember that the hypersonic threat is not invincible — in that phase, it’s bleeding off energy, it may be doing a roll, and may be starting its maneuver. But it’s a great place to engage.”

In addition, the admiral said, the agency is looking to build sensing from space.

This is not the 21st century version of pie-in-the-sky. The Missile Defense Agency is working closely with the services and combatant commands and having discussions with international partners on defending against this threat, Hill said. 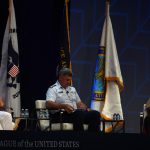