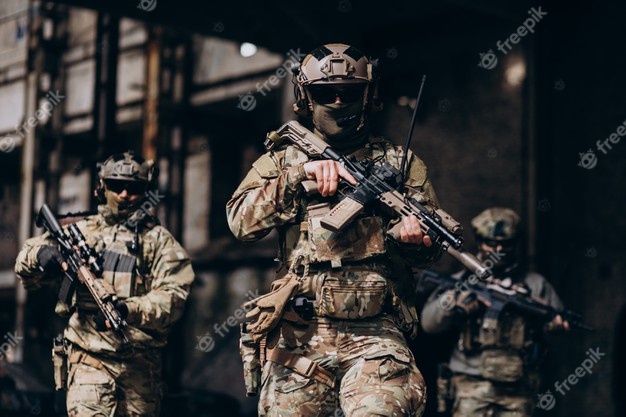 JULY 13, 2021 – Different factors contribute to immigration but the primary causes are war, disasters, and poverty. Immigrants may put pressure on a nation’s limited resources and sometimes, they come as a blessing and help boost the nation’s economy.

Immediately after the 1st World War, the US passed laws restricting the entry of immigrants from around the world. The restrictions were lifted in 1965 to allow immigrants from Asia, Africa, and the Caribbean region entry into American soil. Since then, immigrant numbers to the US have rapidly increased.

Military training in US schools
A few years after the 1st World War, the US passed the National Defense Act, which allowed military training for students in colleges. The purpose was to prepare US students to serve in the military after graduation. To date, there are about 1,700 schools in the US offering basic military training. After graduation, some of the students enroll in military service and many go to serve the nation in different capacities around the world. Some of them serve at the immigrant entry points.

The question of terror and terrorism threat
Since the attack on the World Trade Center, the US border security was tightened and the military was actively used to protect Americans around the world. The US began writing a series of policies that affected the nation’s immigration forever.

It is important to note that all the 9/11 attackers had legal documents allowing them to enter the US soil and none of them was an illegal immigrant. The scene immediately changed from detecting illegal immigrants to detecting terrorists and preventing them from entering the US or attacking its interests around the world.

In 2003, the INS (Immigration and Naturalization Service) was dissolved and the DHS (Department of Homeland Security) took over immigration management. The DHS was empowered to control border security through border patrols and to exercise powers on naturalization and giving legal residency to immigrants. The department was also empowered to detain or deport any immigrant they felt was a threat to the US.

The dissolution of the INS and the formation of DHS were welcome by many policymakers and other actors, but many other groups and individuals were cautious about the move. For many years, the core American philosophy was to welcome immigrants with open arms and give them protection and a new start for livelihood.

The newly established DHS would never honor this long-established philosophy, but they would rather be more deflective than welcoming to immigrants. Today, even when an immigrant is genuine, they are treated as guilty until they go through all protocols to prove them innocent.

The military under DHS is today seen as restrictive to immigration and many organizations believe that DHS is discriminative and profiles immigrants based on race/nationality. The immigration problem that was already there has been made worse.

You can write about immigration challenges, opportunities, policies, and so on. You may opt to refer to essays written by other students or read more essay examples about immigration issues on EduZaurus to get better information. Your source of reference should be credible and be written by qualified authors.

The porous US-Mexico border
The US-Mexico border remains porous and many immigrants had found a soft spot to enter into the US territory. The US government estimated that between 400 to 800 thousand immigrants were using the Mexican- US border to enter the US without any documents. May more would enter legally, although the US government didn’t provide any numbers at that time.

The US government resolved to build a wall along with the border and deploy defense troops along the border. Today, the border is manned by 3,600 US troops who support the border patrol team. Some sections of the wall totaling over 700 kilometers have already been built.

Again, the military along the US-Mexico border is more concerned with restricting immigration rather than allowing genuine immigrants entry. The policies are more prohibitive than welcoming and the crisis affecting immigrants is not likely to end soon.

The US government is determined to seal the entire border shared with its neighbor Mexico and there will be restricted border entry points that will be used to screen immigrants coming from many parts of the world through Mexico.

Even after the border wall is complete, the situation might not be any better due to the long-standing controversy between the two nations. They believe that immigrants coming through the US-Mexico border are without documents is proof that the military presence along the border is not aimed at helping the immigrants but to deny them entry.

For many years, the US government has operated on an open policy that welcomed immigrants fleeing war, corruption, poverty, and calamities in their home countries. After 9/11, the US government made radical changes to immigration policies and made them deflective. The military was deployed to control immigration and was empowered to detain or deport immigrants. Unless most policies are changed, immigration problems will continue to be a thorny issue.

About Author:
James Collins writes for a local media house where he covers subjects ranging from politics to sports. His news writing is worth noticing and he’s equally good in academic writing where he covers education, science and business. In his free time, he explores local food, watches anime and reads Western novels. 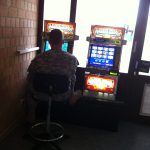