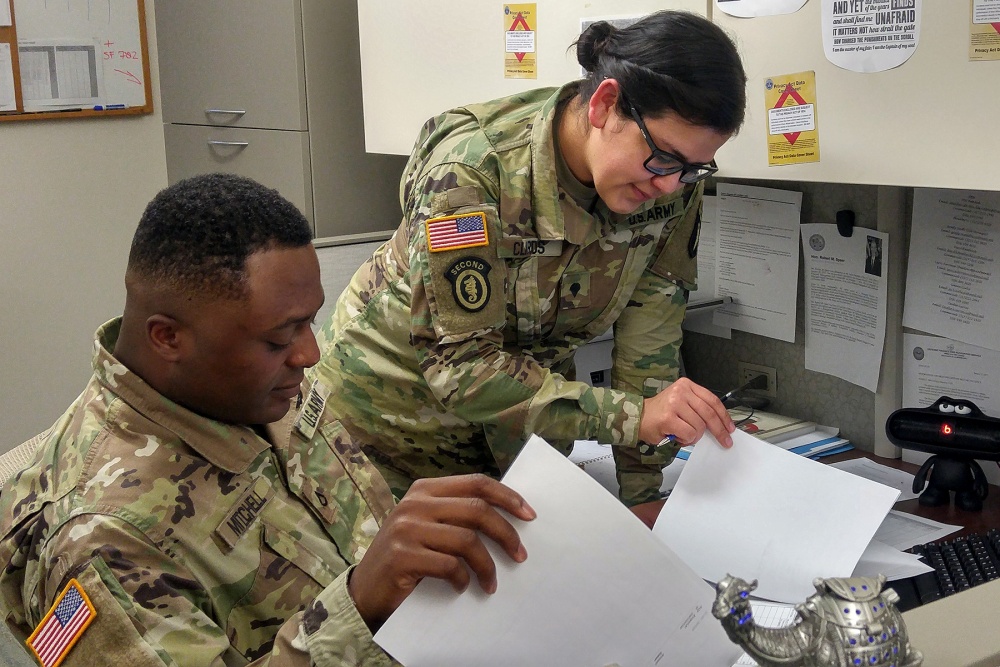 OCTOBER 2, 2020 – The U.S. Army is working to modernize its military pay systems to provide for a more ready and lethal force that is focused on mission accomplishment and not just on paycheck issues.

In preparation for that future, the U.S. Army Financial Management Command assumed the Army’s military pay mission from the Defense Finance and Accounting Service on Oct. 1.

“The Army is laser focused on enhancing end-to-end support to our Soldiers and is preparing to integrate military personnel and pay functions into the Integrated Personnel and Pay System – Army,” said Brig. Gen. Mark S. Bennett, USAFMCOM commanding general. “Ensuring our Soldiers can train and fight without worrying about their pay or entitlements is always our top priority.”

To best prepare for this transition, Bennett said the Department of Defense conducted a Defense-Wide Review, which directed the transfer of DFAS’ Defense Military Pay Offices, Field Services Division, Network Audit and Field Compliance Division, and Lead Defense Travel Administrators to the Army.

According to DFAS, DMPOs served more than 413,000 active and 43,000 reserve component Soldiers by processing nearly 5 million transactions and more than 105,000 travel vouchers in fiscal year 2019 alone.

“The key here is that there will be no change to the services the DMPOs are providing our Soldiers around the globe,” said Eric Reid, USAFMCOM Military Pay Office director, adding that the transfer standardizes the Army’s military pay mission with the other military branches, who maintain their military pay operations in house; better aligns the DMPOs with Army priorities; and prepares the Army for future modernization.

“In the next five years, the transition of the Army military pay mission to our human resources community through IPPS-A will revolutionize how we take care of Soldiers and their families,” Reid continued. “We will eliminate issues created by the paper-intensive handoff of pay-impacting personnel transactions to the military pay offices, which often result in transactions having to catch up to personnel actions.”

The nearly 1,000 DFAS employees at 49 Army and DoD installations will also see very little change as they make their transition to USAFMCOM later this month.

“Every individual moving from DFAS to the Army will continue to hold the same job, at the same series and grade, at the same location, and even with the same supervisor,” said Greg Schmalfeldt, DFAS Indianapolis site director and Army client executive.”

“USAFMCOM’s motto is ‘Service to Soldiers,’ which these employees live, work and breathe every single day,” added Bennett. “There’s no doubt in my mind that [they] will fit perfectly into our command and team.”

“With the tremendous gains in automation over the last 25 years, the Army is now on the cusp of fully integrating the personnel and pay processes, improving both the efficiency and effectiveness of pay support for our Soldiers,” said Reid. “The transfer of the installation military pay support from DFAS back to the Army is a step along that path of full integration under the Army human resources community, both in garrison and when deployed.”

“This is just another step forward in modernizing our Army for the benefit of all,” agreed Bennett. “It’s a win-win-win, for our Soldiers and their families; our workforce and our nation.”

USAFMCOM enables the readiness of America’s Army by serving as the Army’s focal point for all finance and comptroller operations while providing FC capabilities that facilitate accountability, auditability and stewardship. USAFMCOM conducts enterprise-level financial operations and provides technical coordination for FC units and commands across the Army in order to ensure the effective implementation of policies and programs to support optimally resourcing the Army.