“[My] goal is to get you to think strategically about where we are going, and what we should be thinking about,” Stone, the Army’s deputy surgeon general and deputy commanding general for support, told the audience. “What should military medicine look like in 2020; where should we be in seven to 10 years from now?”

Stone’s remarks come at a time when the U.S. military is reducing the numbers of active-duty medical personnel and its overall troop strength.

“As we downsize the active Army, it only stands to reason that Army medicine is going to be downsized,” Stone said. “And in the process … the percentage of expeditionary capability with the Army reserve components will grow, and it’s my prediction it will grow 75 [percent] to 78 percent in the next decade.”

The strength of the reserve components has been proven “over and over again in these [past] 13 years [during the wars in Iraq and Afghanistan],” he said.

But the future of military medicine will face obstacles, Stone cautioned.

A question Stone put before the audience was how to maintain reserve components as a rapid insertion force to support a “small portion of the active component of the medical force” that can allow medical personnel to move in on a rapid basis.

“We have been spoiled by a mature theater,” he said. “We haven’t opened a theater in more than a decade. What you need to think about is how to train your force to open [a theater].”

A “takeaway” Stone wanted for members of the audience was to plan for theater-opening exercises that comprise all components and joint forces, “especially with our NATO colleagues.”

“At the beginning of this war, a combat support hospital in the Army reserve took 140 days to go out. Today, those numbers are under 30 days and are equal to an active component,” Stone said.

“The only way we remain relevant is our ability to move out quickly with fully certified, fully-competent medical providers,” he added.

“You’re going to see way more robust e-learning, as well as modeling and simulation capabilities by 2016,” he predicted. 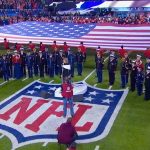