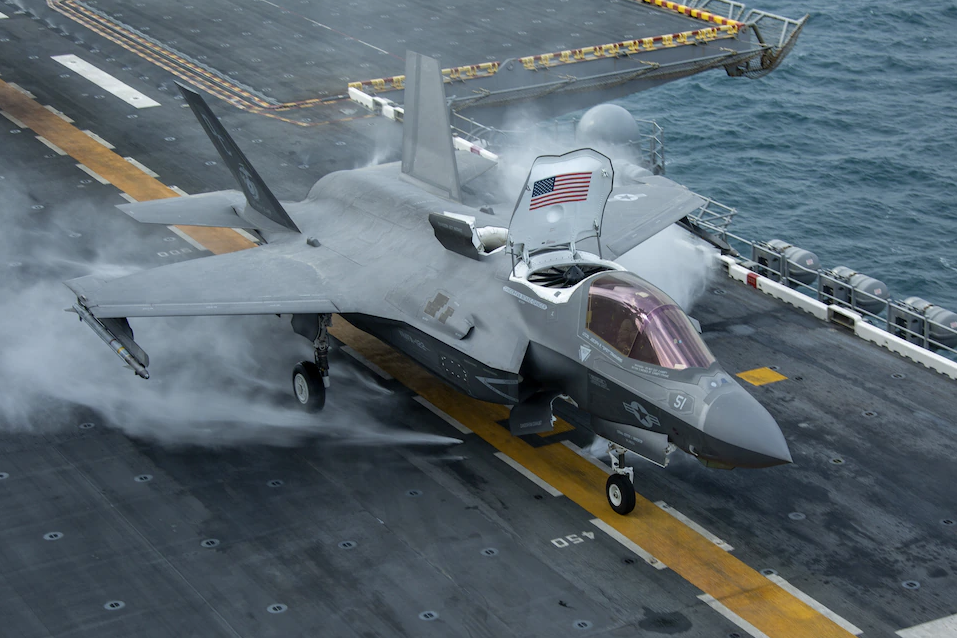 “Our support to the OIR mission shows the depth and responsiveness of the MEU as a maritime force; one that can be called upon when needed.” Lt. Col. Christopher Kelly, VMM-164 executive officer

During the missions, the fighter aircraft departed from the amphibious assault ship USS Makin Island (LHD 8) and conducted long-range strikes and counter-air missions in Iraq and Syria.

“Executing missions in and outside the Arabian Gulf shows just how versatile and lethal the F-35B platform really is,” said Lt. Col. Christopher Kelly, VMM-164 executive officer. “Embarked aboard the Makin Island ARG, our support to the OIR mission shows the depth and responsiveness of the MEU as a maritime force; one that can be called upon when needed.”

ARGs with embarked MEUs provide combatant commanders with a responsive, flexible and forward-deployed asset capable of maritime power projection, contingency operations and crisis response, shaping the operational environment to protect the United States and allied interests in any threat environment.

The Makin Island ARG and embarked 15th MEU have been deployed since January in the U.S. 5th Fleet area of operations, supporting security and stability in cooperation with regional and coalition partners.

The 5th Fleet AOO encompasses about 2.5 million square miles of water area and includes the Arabian Gulf, Sea of Oman, Red Sea and parts of the Indian Ocean. The expanse is comprised of 20 countries and includes three chokepoints, critical to the free flow of global commerce.