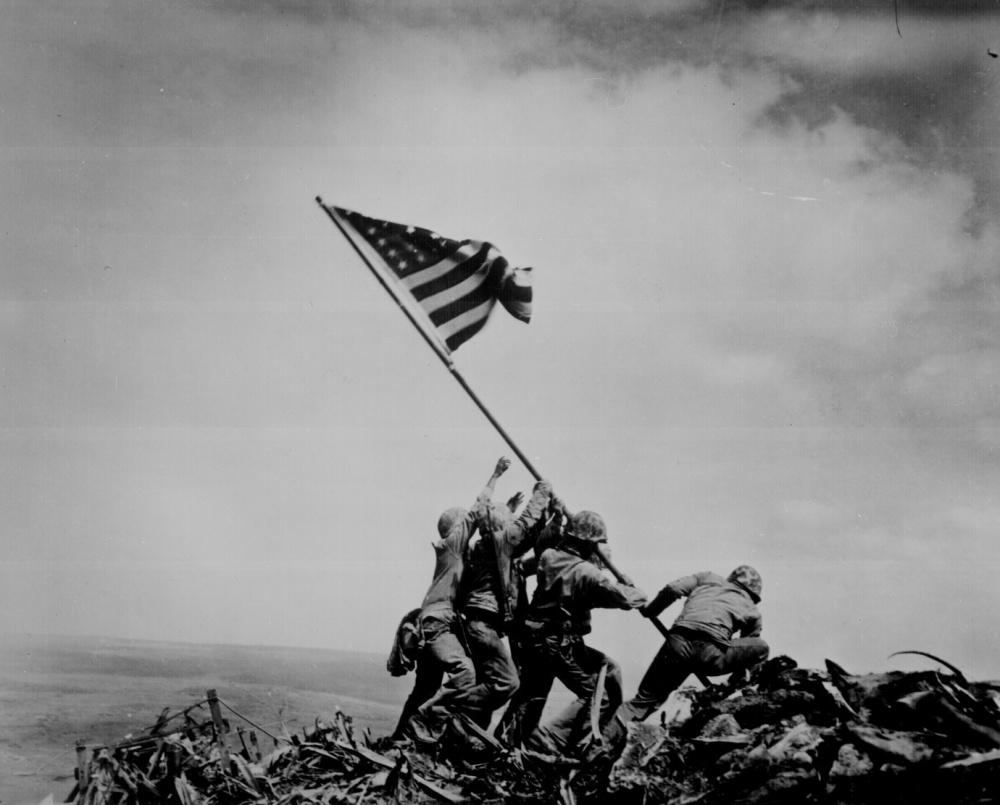 In ALMAR 02-20, Commandant of the Marine Corps Gen. David H. Berger said commanders across the force should conduct a commemoration within the 36-day observance period.

“We should all pause to remember and honor the legacy they forged, as our Nation pays tribute to our ‘greatest generation,’” said Berger.

The ALMAR states how the force will pause to remember the sacrifices of WWII veterans and their families through activities such as formations, battle studies, wreath layings or simply moments of quiet reflection.

This year’s theme, “We are Iwo,” honors the efforts and sacrifices of all service members, reflects on the power of teamwork, and celebrates the adaptation, resilience and readiness still embodied in today’s Marines.

“With a strategically important landing strip, the island of Iwo Jima represented a critical part of the Pacific island-hopping campaign,” said Sgt. Maj. of the Marine Corps Troy E. Black.

The battle, beginning with three Marine divisions invading the eight-square mile island on Feb. 19, 1945, marked one of the most iconic and identifying battles for the Marine Corps. The United States Navy and the Army Air Corps had conducted ship-borne and aerial bombardment of the island prior to the landing, and reconnaissance of the island indicated there was no enemy present.

Facing little resistance upon the initial landing at Iwo Jima, Marines began to advance, but the Japanese quickly emerged from underground tunnels and began a heavy barrage of fire. Steep trenches of unstable sand and ash on the beaches further deterred advancement and caused deadly pile-ups of men, vehicles and supplies.

“On the fourth day, the Battle of Iwo Jima became an iconic part of American history as Marines raised the flag atop Mount Suribachi,” said Black.

Despite this historic flag-raising, the battle continued to rage throughout March with heavy fighting and significant causalities on both sides.

The United States deemed the island of Iwo Jima “secure” on March 26, 1945, marking the end of the battle. Twenty-seven Medals of Honor were awarded to Marines and Sailors, many posthumously, for their valiant efforts during the Battle of Iwo Jima.

“I believe that the Secretary of the Navy Forrestal was right when he stated, ‘The raising of that flag on Suribachi means a Marine Corps for the next 500 years,’” said Berger. “We owe a debt of gratitude to all who serve and sacrifice. Thank you to all our World War II veterans. Semper Fidelis, Marines.”