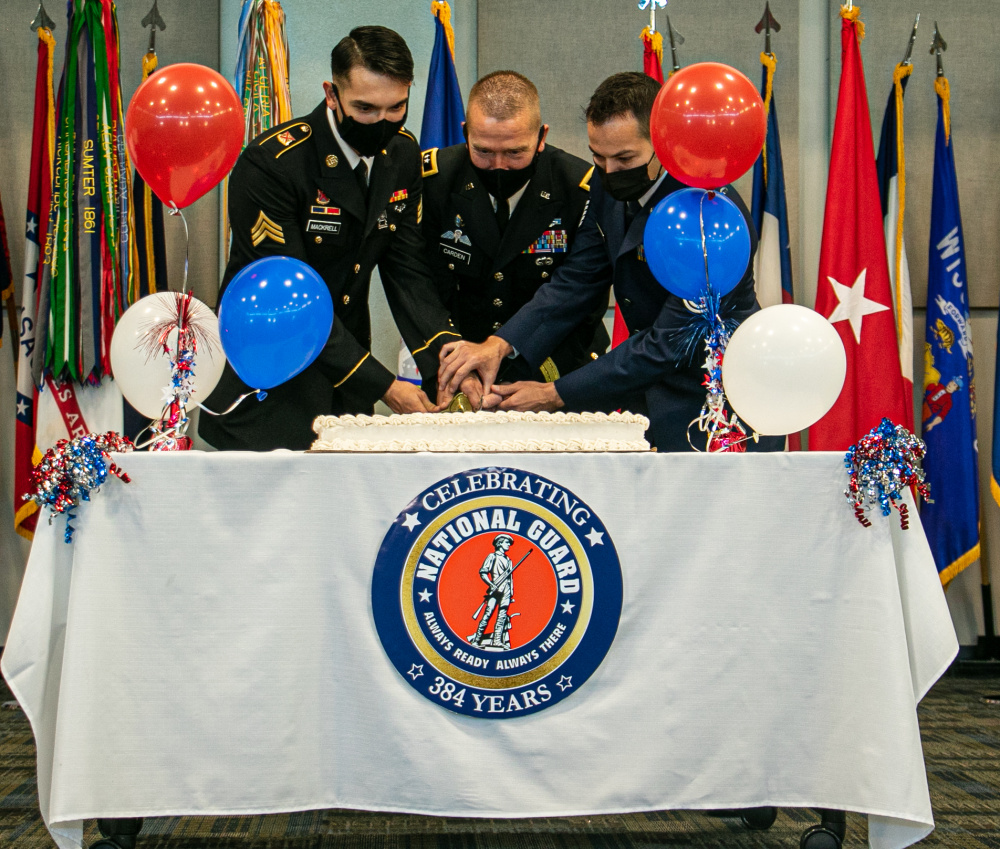 At the same event, the Ga. DoD recognized several organizations and individuals for their service during 2020, notably the Georgia Army National Guard for receiving the Director’s Award in Excellence for Integrated Management Systems (IMS) Operations.

U.S. Army Maj. Gen. Thomas Carden, The Adjutant General of Georgia, presided over the ceremony conducted virtually through Facebook Live to mitigate the spread of COVID-19.

The National Guard is the oldest branch of the United States military. The National Guard formed on Dec. 13, 1636, in Massachusetts from militia consisting of local farmers and townsmen. Today, the National Guard consists of over 450,000 Soldiers and Airmen located in 50 states, 3 territories and the District of Columbia. They have the capability and capacity and to respond wherever or whenever they’re needed by their governors and even the federal government.

The operational National Guard is an integral part of the joint force and plays a vital role in every aspect of U.S. national security and defense. National Guard service members have supported more than 1.1 million overseas deployments since Sept. 11, 2020, and over 120,000 National Guard Soldiers and Airmen were engaged worldwide in 2020.

“Your National Guard has forces physically deployed in six out of six geographic combatant commands around the world,” said Carden. “Your National guard is more globally engaged today than at any point in the history of the National Guard.”

We recognize Dec. 13 as the birthday of the National Guard. On this date in 1636, the first militia regiments in North America organized in Massachusetts. Based upon an order of the Massachusetts Bay Colony’s General Court, the colony’s militia was organized into three permanent regiments to defend the colony better. Today, the descendants of these first regiments – the 181st Infantry, the 182nd Infantry, the 101st Field Artillery, and the 101st Engineer Battalion of the Massachusetts Army National Guard – share the distinction of being the oldest units in the U.S. military. Dec. 13, 1636, thus marks the beginning of the organized militia, and the birth of the National Guard’s oldest organized units is symbolic of the founding of all the state, territory and District of Columbia militias that collectively make up today’s National Guard.

The official birthdate of the Army National Guard as a reserve component of the Army is Dec. 13, 1636. On this date, the Massachusetts colonial legislature directed that the colony’s existing militia companies be organized into three regiments. This date is recognized based upon the Defense Department’s practice of adopting the dates of initial authorizing legislation for organized units as the birthdates of the active and reserve components of the armed services.

The oldest Army National Guard units are the 101st Engineer Battalion, the 101st Field Artillery Regiment, the 181st Infantry Regiment and the 182nd Infantry Regiment, all of the Massachusetts Army National Guard. These four units are the descendants of the original three militia regiments organized by colonial Massachusetts legislation on Dec. 13, 1636, and share the distinction of being the oldest units in the U.S. military.