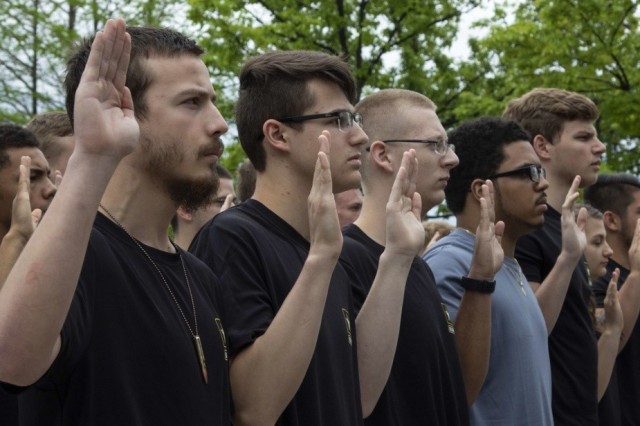 JULY 3, 2020 – The Army is open for business, said the force’s top recruiting and training general, and is seeking-out thousands of talented, diverse recruits to fill its ranks during a three-day hiring spree designed to offset COVID-19 hurdles.

The Army National Hiring Days, an ambitious three-day hiring windfall looking to draw more than 10,000 recruits, launched Tuesday. The first ever event is designed to redress end-strength setbacks caused by the COVID-19 pandemic after much of the Army paused earlier this year, said Gen. Paul E. Funk II, the commanding officer of the Army Training and Doctrine Command.

But keep in mind, “TRADOC never closed,” Funk said, regarding the recruiting setbacks. “We paused to set conditions, thicken medical capabilities, and then we continued mission.”

Slated from June 30 through July 2, the cyber heavy-event plans to bring in a variety of talent from all backgrounds who “broadly represent the diverse nation the Army serves,” Funk said, during a webinar hosted by the Association of the U.S Army Tuesday.

“The idea behind [Army National Hiring Days is] to get people excited to wear the cloth of our great nation and be part of something bigger than themselves,” the four-star general said.

As the campaign goes full throttle, just dubbing everyone a recruiter won’t cut it, Funk said. The information space is filled with additional tools needed for troops to share their stories, he said, and will set the stage in how successful the Army National Hiring Days will be.

In mid-March, Army recruiters were forced to temporarily reduce the use of their brick-and-mortar recruiting stations to help steer clear of COVID-19. Since then, digital recruiting has stepped into the forefront of how end-strength goals are met. Things like video-messaging, texting, and social media have all helped design the framework needed to bring new troops on board, Funk said, especially during a global pandemic.

“That’s how this generation gets its information,” he said. “It’s through Instagram, or Facebook, or Snapchat. It is the power of the nation and it’s the power of ideas [that meets our goals].”

While the Army aims to ensure its recruiting techniques keep pace with technology, the force is also working to recruit a diverse force. Homing in on that talent means broadening where recruiters look, because, as Funk made a point to say, the Army isn’t just a family business – “it’s a people business.”

Attracting the best of the American people means making the Army a force where anyone of any background can succeed. During the webinar, the general touched on the Army’s new initiative, “Project Inclusion” and how top leaders hope to eliminate racial disparity in the ranks.

First announced by the secretary of the Army and chief of staff of the Army last week, the initiative is meant to promote diversity and equity across the force to build a cohesive team.

Soldiers are our greatest ambassadors to the nation. They should “tell their Army story and share their experiences,” Funk said. “I want Soldiers to talk about what it means to serve the nation,” he said, “to be a part of an organization motivated to do what’s right around the world. [The Army is] a merit-based profession and values-based organization, implementing

These aren’t just buzzwords to the general, “they’re what makes our Army great. It’s because of the Soldiers who implement those values,” he said. “I want people to reach out to young men and women looking for a little direction. We’re looking for folks that are looking for a way to make a difference in their nation.” 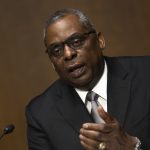 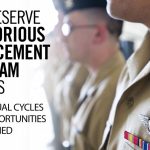