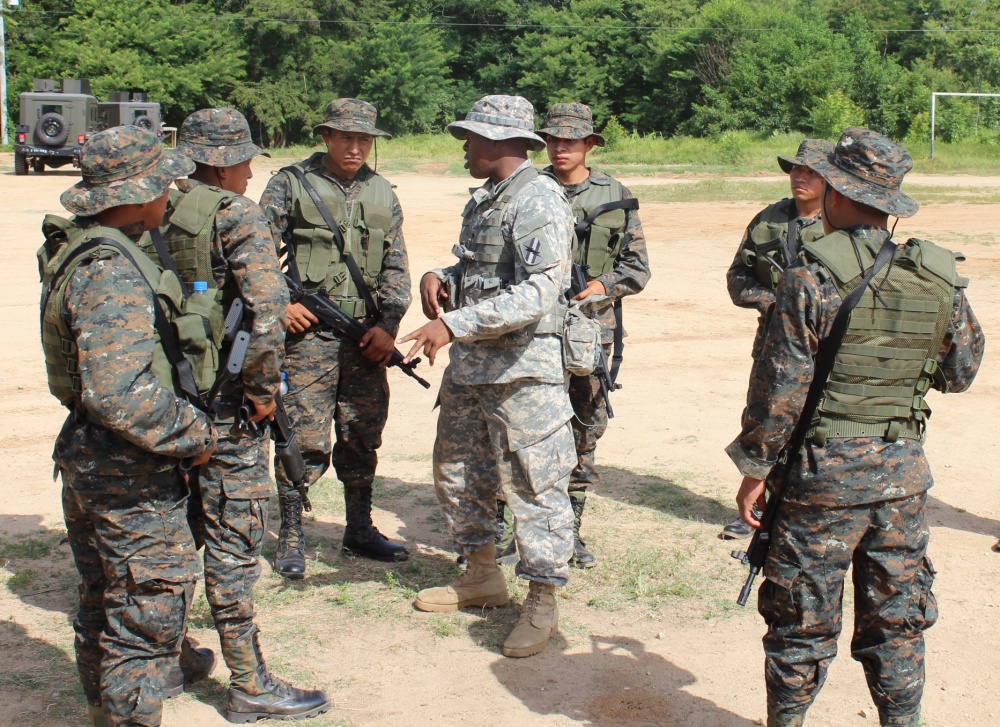 The U.S. Army Combat Capabilities Development Command, known as DEVCOM, Army Research Laboratory funded scientists at Kent State University’s Electrophysiological Neuroscience Laboratory to create an immersive virtual reality lab that can be used in tandem with their other biophysiological technologies to advance an interdisciplinary understanding of group dynamics.

Immersive reality combines virtual reality with images, sounds, or other stimuli to provide an engrossing environment.

According to Dr. Bruce West, a senior Army scientist, the military is becoming increasingly reliant on small special operations teams, but little is known about how small groups function in these extreme environments. The research team uses cutting edge electrophysiological and physiological equipment to probe team functioning and decision-making under threat.

“In order to make valid and efficacious practical recommendations for small special operations teams in the modern global military context and other threat environments, Soldiers can benefit by training in immersive virtual environments to make them feel like they are really there,” said Dr. Lisa Troyer, program manager, social and behavioral sciences, ARL. “The immersive virtual reality system at Kent State University is developing more valid, impactful knowledge about how teams and individuals navigate dangerous environments.”

The lab includes cutting edge virtual reality headsets with three-dimensional eye tracking and omnidirectional treadmills, which can be integrated with EEG and other emerging biometric technologies.

“With this lab, ENLoK is generating path-breaking social science discoveries,” Troyer said. “The team’s efforts are leading the use of immersive virtual reality and capabilities to identify neurological signals of influencers in groups that can support Army missions by better understanding Army influence networks as well as adversarial groups.”

In earlier research, also funded by ARL and published in Social Psychology Quarterly, the Kent research team conducted a series of experiments manipulating status and used brain activity analyses to successfully identify neurological signals during social interaction that are unique to others’ perceptions of high status actors and their influence over group members.

“Understanding the consequences of status-based behavior in a variety of settings, including small team contexts, can help the Army prepare and train for modern military operations,” said Dr. Will Kalkhoff, ENLoK’s director and professor of Sociology at Kent State University. “The Army can also use the knowledge we are developing to better understand how influencers in allied groups support Army missions through their social networks or how adversarial groups mobilize.”

Now, the research team at Kent State is partnering with MILO, an Ann Arbor, Michigan-based component of Arotech’s Training and Simulation Division that provides immersive training solutions for military and law enforcement organizations around the world. The objective is to improve police and military readiness by integrating rigorous social science with emerging technologies already in use throughout the Department of Defense.

“Support and assisted facilitation of this kind of social research is exactly why we established the MILO Cognitive Division,” said Robert McCue, MILO’s general manager. “Our ultimate goal is to advance the scientific understanding of behavior and decision-making under threat and, in so doing, reduce danger to our servicemen and women and improve mission success by facilitating team functioning under threat.”

As the Army’s corporate research laboratory, ARL is operationalizing science to achieve transformational overmatch. Through collaboration across the command’s core technical competencies, DEVCOM leads in the discovery, development and delivery of the technology-based capabilities required to make Soldiers more successful at winning the nation’s wars and come home safely. DEVCOM Army Research Laboratory is an element of the U.S. Army Combat Capabilities Development Command. DEVCOM is a major subordinate command of the Army Futures Command.