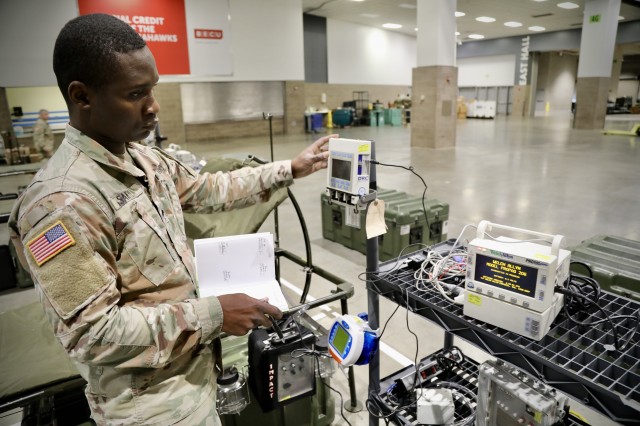 The 627th Hospital Center from Fort Carson, Colorado, has set up 250 beds at CenturyLink Field Event Center in Seattle, next to the home of Seahawks football. The hospital unit has also established two emergency rooms, two operating rooms, a pharmacy and x-ray department there.

It’s one of the most capable hospitals in the Army, said Lt. Gen. Laura J. Richardson, commander of U.S. Army North, headquartered in San Antonio, Texas. She spoke by teleconference at a Pentagon press conference Wednesday afternoon.

ARNORTH has now been designated as the Joint Force Land Component Command to control all military ground forces supporting the COVID-19 response effort, she explained.

About 3,600 Soldiers, Sailors, Airmen and Marines are now deployed to New York and Washington state to support the Federal Emergency Management Agency and local officials, she said.

In total, about 5,600 military under U.S. Northern Command are “laser-focused” to support the COVID-19 response, said Gen. Terrence J. O’Shaughnessy, NORTHCOM commander. He said more troops are prepared to deploy when needed.

“We’re approaching it as a large-scale military campaign,” he said, later adding “the scope of our response is unprecedented.”

Three staging areas for equipment have been set up, he said, one at Joint Base Lewis-McChord, Washington, another at Travis Air Force Base, California, and a third at Dover Air Force Base, Delaware.

Currently, non-COVID-19 “lower-acuity” patients are being treated at the Javits Center to take the pressure off other New York hospitals, she said. However, officials are talking about raising the capability of the medical station to treat higher-acuity patients, she added.

“We are working non-stop day and night,” she said.

“We’re sending our teams into the hottest spots in America,” O’ Shaughnessy said. “We’re taking a very aggressive posture” to practice protective measures so that the military remains healthy to support the nation, he said.

Army North is working with FEMA to determine what military capabilities might be needed around the entire country, Richardson said.

“Our military usually deploys around the world,” she said, “and now we’re serving right here in the homeland.”

If more military hospital units are needed, O’Shaughnessy said Reserve forces may be called upon, or a composite unit may be built for the mission.

Northern Command is attempting to mobilize the reserve components “smartly,” he said, and not call up medical personnel who are already working in hard-pressed hospitals.

Richardson added that means not mobilizing National Guard and Reserve professionals “who might be needed right there in their own community.” 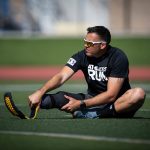