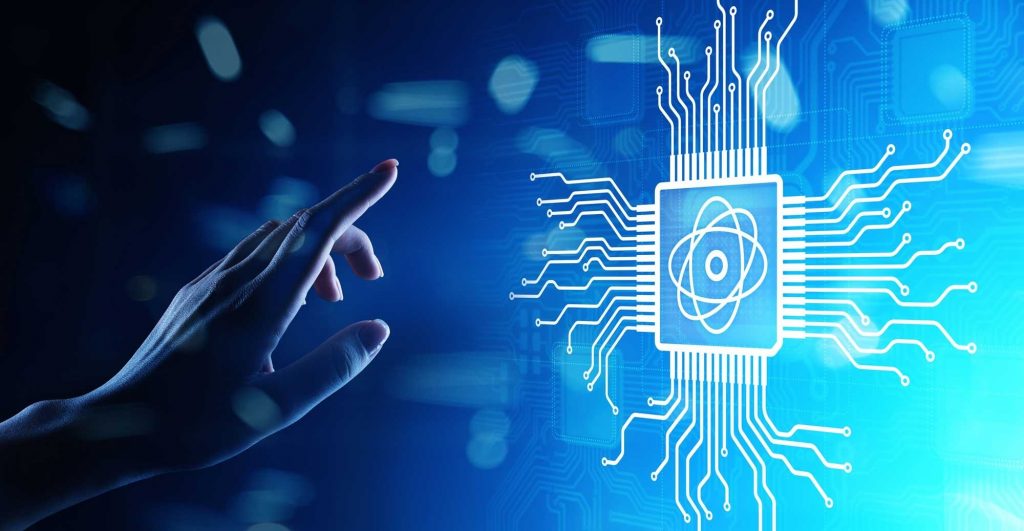 Quantum computing has the potential to deliver new computing capabilities for how the Army plans to fight and win in what it calls multi-domain operations. It may also advance materials discovery, artificial intelligence, biochemical engineering and many other disciplines needed for the future military; however, because qubits, the fundamental building blocks of quantum computers, are intrinsically fragile, a longstanding barrier to quantum computing has been effective implementation of quantum error correction.

Researchers at University of Massachusetts Amherst, with funding from the Army Research Office and the Air Force Office of Scientific Research, identified a way to protect quantum information from a common error source in superconducting systems, one of the leading platforms for the realization of large-scale quantum computers. The research, published in Nature, realized a novel way for quantum errors to be spontaneously corrected.

“This is a very exciting accomplishment not only because of the fundamental error correction concept the team was able to demonstrate, but also because the results suggest this overall approach may amenable to implementations with high resource efficiency, said Dr. Sara Gamble, quantum information science program manager, ARO. “Efficiency is increasingly important as quantum computation systems grow in size to the scales we’ll need for Army relevant applications.”

Because qubits, the fundamental building blocks of quantum computers, are intrinsically fragile, a longstanding barrier to quantum computing has been effective implementation of quantum error correction.

Today’s computers are built with transistors representing classical bits, either a 1 or 0. Quantum computing is a new paradigm of computation using quantum bits or qubits, where quantum superposition and entanglement can be exploited for exponential gains in processing power.

Existing demonstrations of quantum error correction are active, meaning that they require periodically checking for errors and immediately fixing them. This demands hardware resources and thus hinders the scaling of quantum computers.

In contrast, the researchers’ experiment achieves passive quantum error correction by tailoring the friction or dissipation experienced by the qubit. Because friction is commonly considered the nemesis of quantum coherence, this result may appear surprising. The trick is that the dissipation has to be designed specifically in a quantum manner.

This general strategy has been known in theory for about two decades, but a practical way to obtain such dissipation and put it in use for quantum error correction has been a challenge.

“Demonstrating such non-traditional approaches will hopefully spur more clever ideas for overcoming some of the most challenging issues for quantum science,” said Dr. Grace Metcalfe, program officer for Quantum Information Science at AFOSR.

Looking forward, researchers said the implication is that there may be more avenues to protect qubits from errors and do so less expensively.

“Although our experiment is still a rather rudimentary demonstration, we have finally fulfilled this counterintuitive theoretical possibility of dissipative QEC,” said Dr. Chen Wang, University of Massachusetts Amherst physicist. “This experiment raises the outlook of potentially building a useful fault-tolerant quantum computer in the mid to long run.”