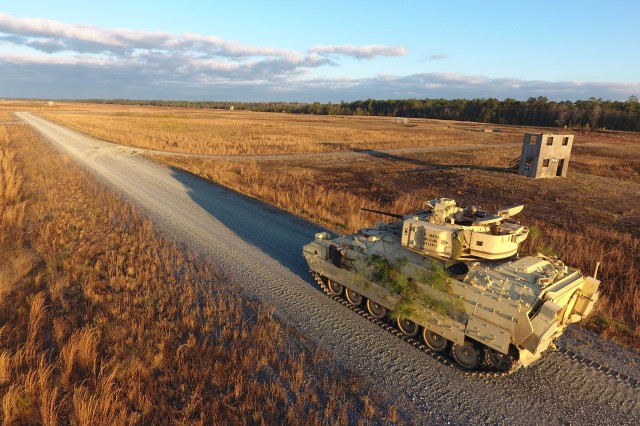 JUNE 1, 2020 – The Army’s G-8 discussed a new strategy for the Optionally Manned Fighting Vehicle, following lessons learned after its first request for prototypes was canceled earlier this year.

The OMFV, which will replace the Bradley Fighting Vehicle, remains on track to be fielded to both active and National Guard armored brigade combat teams starting in fiscal year 2028.

About $4.6 billion is currently invested in the program from fiscal 2020-2026, said Lt. Gen. James Pasquarette during a presentation for the Future Ground Combat Vehicles virtual conference Thursday.

“The initial solicitation required a very aggressive set of initial capabilities on an equally aggressive timeline beyond what our partners in both government and industry could provide,” he said. “To be clear, the Army is absolutely committed to the OMFV program.”

Despite the adjustment costing the Army about $23 million in unrecoverable funds, he said it was still important to reset the program’s azimuth in the right direction.

“Rarely than fail late after spending billions of dollars, like we’ve done in the past many times, the Army learned early and inexpensively,” he said.

After pulling the solicitation, the Army garnered feedback from government and industry partners to chart the next move.

Army Futures Command then adjusted the traditional requirements approach by defining a set of nine characteristics to better focus efforts, he said.

The characteristics — survivability, mobility, growth, lethality, weight, logistics, transportability, manning, and training — will further be refined through a cooperative and iterative process with industry, digital design competitions and Soldier touchpoints to produce the final prototypes for testing, AFC officials said in February.

“The Army believes that this adjusted requirement strategy preserves flexibility much longer into the acquisition process before necessitating significant hardware investments,” Pasquarette said.

The general said the new strategy will spark innovation and competition through a collaborative process that offers several opportunities for Soldiers to provide input.

“Throughout this process, Soldiers will assist the Army and industry partners in refining the vehicle’s characteristics in design and forming the most feasible and acceptable set of technical requirements for final production,” he said.

While there will be challenges due to the complexity of such a program, he said he believes some industry partners will thrive in the non-traditional acquisition setting.

“This strategy is an approach the Army must take to harness the power of innovation of worldwide industry partners, drive new ideas through competition and produce a new infantry combat vehicle that Soldiers must have to fight and win against a near-peer threat in the future,” he said.

In the meantime, the Army has also invested $915 million from fiscal 2020-2026 to develop and field the latest A4 versions of Bradley vehicles to armored units starting in the second quarter of the next fiscal year, he said.

The A4 version will have upgrades to the suspension and track, powertrain, electrical system, mission command features, plus other enhancements and accelerated technologies, he added.

“The U.S. Army is committed to providing our Soldiers the best ground combat systems in the world,” he said. “And under Army Futures Command’s direction and oversight, I’m confident that the armored brigade combat team will remain the dominate ground combat formation for decades to come.” 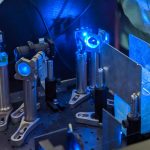