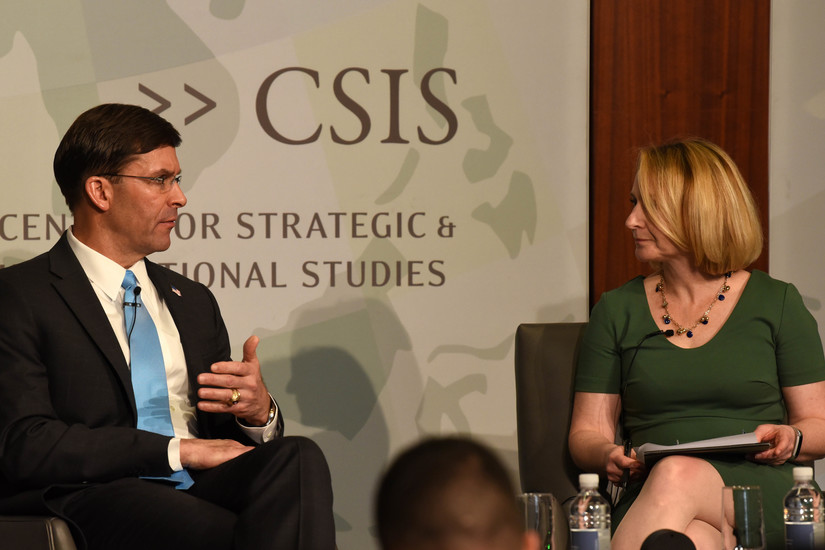 JANUARY 27, 2020 – The National Defense Strategy identifies China and Russia as competitors of the United States in the so-called great power competition.

Defense Secretary Dr. Mark T. Esper focused attention on the threats posed by China and efforts by the Defense Department to counter those threats in a speech today at the Center for Strategic and International Studies’ Global Security Forum in Washington.

“Unfortunately, the Chinese government has used its diplomatic, military and economic power to expand its bad behavior, rather than abiding by international rules and norms,” he said.

China continues to weaponize space, as demonstrated by its development of directed-energy weapons and satellite jammers, he said.

To counter that effort, DOD has created its newest service, the Space Force, he said. “Much like NASA was a breeding ground for a wide array of high-tech breakthroughs, we believe the Space Force will be an incubator for a whole new generation of technologies,” Esper said.

The department is also developing hypersonic weapons and defense against those weapons, he said. In partnership with industry, DOD is also working on artificial intelligence, long-range precision fires and a 5G network.

The secretary then touched on China’s human rights violations against their own people.

“As we speak, the Communist Party of China is using artificial intelligence to repress Muslim minority communities and pro-democracy protestors,” he said. “The party has constructed a 21st century surveillance state with unprecedented abilities to censor speech and infringe upon basic human rights. Now, it is exporting its facial recognition software and systems abroad.”

Esper said the manner in which China has acquired much of this technology is also troubling. “Beijing is determined to exploit American intellectual property and know-how at any cost,” he said.

Since 2018, the Justice Department has filed charges against Chinese nationals and entities in at least seven separate economic espionage cases, including a conspiracy to steal trade secrets from a major U.S. semiconductor maker. Over the same time period, the department has secured convictions and guilty pleas in at least six China-related espionage cases, Esper said.

These examples just scratch the surface, he noted. In recent years, Chinese hackers have besieged the department and its industry partners. American universities and colleges have also become prime targets for Chinese exploitation.

Despite widespread world outrage, Beijing shows few signs of changing its ways, Esper said. The government recently passed new legislation that tightens its grip over any data that flows across its networks, including access to the confidential information of U.S. corporations. President Xi Jinping’s elevation of the “Military-Civil Fusion Strategy” to a national level puts our exports for peaceful, civilian use at risk of transfer to the People’s Liberation Army, he said.

“Addressing these threats requires us to unite the nation around our competition with China,” Esper said. “Our success is contingent upon a cohesive approach across public and private sectors. For the department, this means overhauling our policies and reshaping the culture within the department; between the department and industry; and among our allies and partners around the world.”

The secretary then made the case that the department is taking aggressive reform steps to free up time, money and manpower. That reform includes developing stronger relationships with industry to expand the department’s competitive edge. It also includes the elimination of a risk-averse culture within the department that’s not conducive to experimentation and new ideas. 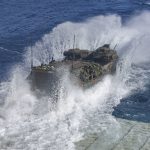