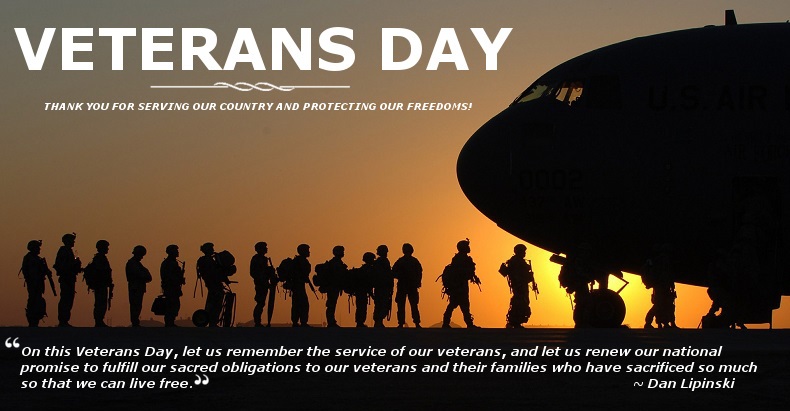 Veterans Day is an official United States federal holiday that is observed annually on November 11. It celebrates the service of all U.S. military veterans and honors the sacrifices they have made. Armistice Day and Remembrance Day, which also fall on this day, are celebrated in other parts of the world and they mark the anniversary of the end of World War I. The United States also originally celebrated Armistice Day, but then it evolved into the current Veterans Day holiday in 1954.

In November 1919, President Wilson proclaimed November 11 as the first commemoration of Armistice Day with the following words:

“To us in America, the reflections of Armistice Day will be filled with solemn pride in the heroism of those who died in the country’s service and with gratitude for the victory, both because of the thing from which it has freed us and because of the opportunity it has given America to show her sympathy with peace and justice in the councils of the nations…”

An Act that was approved on May 13, 1938, made the 11th of November in each year a legal holiday – a day to be dedicated to the cause of world peace and to be thereafter celebrated and known as “Armistice Day.” Armistice Day was primarily a day set aside to honor veterans of World War I, but in 1954, after World War II had required the greatest mobilization of soldiers, sailors, Marines and airmen in the Nation’s history; after American forces had fought aggression in Korea, the 83rd Congress, at the urging of the veterans service organizations, amended the Act of 1938 by striking out the word “Armistice” and inserting in its place the word “Veterans.” With the approval of this legislation on June 1, 1954, November 11th became a day to honor American veterans of all wars. 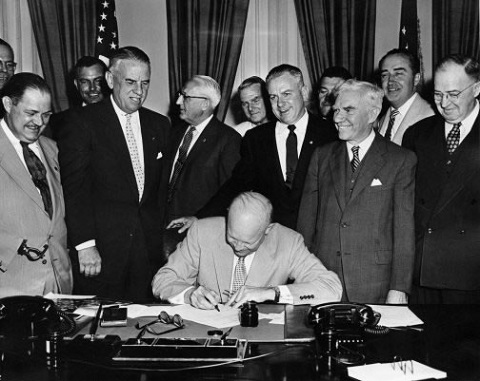 Later that same year, President Dwight D. Eisenhower issued the first “Veterans Day Proclamation” which stated: “In order to insure proper and widespread observance of this anniversary, all veterans, all veterans’ organizations, and the entire citizenry will wish to join hands in the common purpose. Toward this end, I am designating the Administrator of Veterans’ Affairs as Chairman of a Veterans Day National Committee, which shall include such other persons as the Chairman may select, and which will coordinate at the national level necessary planning for the observance. I am also requesting the heads of all departments and agencies of the Executive branch of the Government to assist the National Committee in every way possible.”

Veterans Day continues to be observed on November 11, regardless of what day of the week on which it falls. The observance of Veterans Day on November 11 helps focus attention on the important purpose of Veterans Day: A celebration to honor America’s veterans for their patriotism, love of country, and willingness to serve and sacrifice for the common good.

• Read more on the History of Veterans Day.

• Here are 8 of the best military discounts every veteran should know about.

• The Top 5 Challenges Veterans Face – Read our guide to learn what challenges veterans reentering civilian life face, and what the government, non-profit groups, and legal professionals are doing to help.

• Want to show your support for our Veterans but not quite sure how to go about it? Read this list of 45 things you can do to honor a Veteran to help get you started!

• Read some on the history of body armor.

• Here is a list of Veteran retirement aids you shouldn’t forget about.

• Here is a full list of Free Veterans Day Meals for 2019 that is updated often.

• You can also read this Veterans Day Interview with CEO of Ustream Brad Hunstable. He is a graduate of the United States Military Academy at West Point, and served as an officer in the United States Army before becoming an entrepreneur. Ustream is a video streaming service with more than 80 million viewers and broadcasters worldwide!

• Read Veteran David McCauley’s story The Greatest Generations Sacrifice about his Grandfather, Evert Clay Kirby, a First Lieutenant in the Army Air Corps, and how he served during World War II.

The Veterans Day National Ceremony is held each year on November 11th at Arlington National Cemetery. The ceremony commences at 11:00 a.m. with a wreath laying at the Tomb of the Unknowns and continues inside the Memorial Amphitheater with a parade of colors by veterans’ organizations and remarks from dignitaries. The ceremony is intended to honor and thank all who served in the United States Armed Forces.

Attendees are strongly encouraged to arrive early. Every effort is made to perform security screenings quickly and efficiently, but there may be lines to pass through the screening stations. Once capacity has been reached – which often happens by 10:30 or earlier – entrance to the Tomb and amphitheater area of the cemetery will be closed.

Both ceremonies are free and open to the public. For those interested in observing the wreath ceremony, space is limited to standing room only. Inside the amphitheater, seating is available on a first-come, first served basis. No tickets are needed to attend these events.

• Download the National Ceremony Visitor Information before planning your trip. 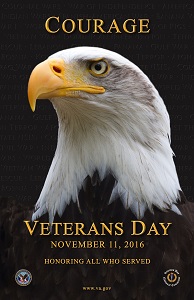 The mission of the Department of Veterans Affairs’ (VA) is to fulfill our Nation’s promise to Veterans for their service and sacrifice to our Nation. Each year, through a national Veterans Day poster contest, VA’s National Veterans Outreach Office, in conjunction with the Veterans Day National Committee, publishes a commemorative Veterans Day poster. The commemorative poster is selected from numerous creative contributions from U.S. citizens nationwide. The poster is distributed to VA facilities and military installations around the world and graces the cover of the official program for the Veterans Day Observance at Arlington National Cemetery. Through the years, these posters have illustrated the rich history of our country’s protectors, and remind all who see them of the accomplishments and struggles of our Veterans, past and present. From Revolutionary War battles to an Old Guard soldier rendering a salute in a solemn ceremony, the vivid images and artwork in the posters cause us to pause and reflect in homage to those who paved the way for our freedom.

Every year our local city has a Veterans Day Parade that runs right by our offices. We love to go outside and sit on the curb to watch and show our support, as well as take lots of pictures. You can view our Veterans Day Parade photos, and previous years galleries below:

Everyone should celebrate Veterans Day this November 2016. Join us on social media using the hashtag #militaryspotveteransday to share your photos and stories!

Our thanks and gratitude go out to all of those who have served or are currently serving in any branch of the U.S. Armed Forces. We salute you and thank you for all that you do! 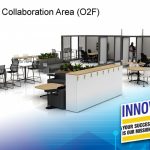 AUGUST 2, 2021 – The Air Force Installation and Mission Support Center is building and benchmarking a radically new way of working called the Office of the Future, or O2F. The center began remodeling headquarters space in San Antonio on July 26 to create an office environment that enables flexibility, fosters innovation and collaboration, and […]