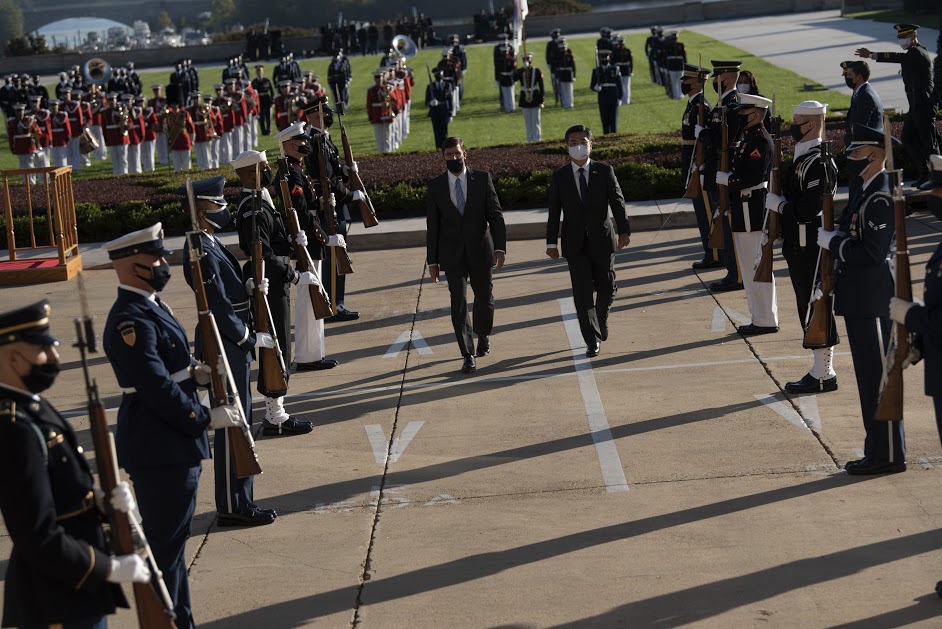 The robust partnership between the two nations underpins security and prosperity on the Korean peninsula and in the Indo-Pacific region as well, Esper said.

He affirmed their shared objectives of a fully verified denuclearization of North Korea.

“We agree that North Korea’s nuclear and ballistic missile programs remain a serious threat to the security and stability of the region and the world. In the face of these and other threats, the United States remains committed to the security of the Republic of Korea,” Esper said.

The two leaders also discussed policies that will improve their deterrent capabilities and ways to increase cooperation in space and cyberspace as new threats emerge.

They also discussed the regional security environment, including the strengthening of the U.S., South Korea and Japan trilateral defense cooperation.

Other strategic and operational issues were also discussed including fully meeting all the conditions for the transition of operational military control to an ROK commander. Esper said that process will take time, but “doing so will strengthen our alliance.”

Esper also said that the U.S. would welcome increased defense spending by South Korea, which would further promote collective security and regional security for both nations.

Suh said it was important that the two military leaders met in person, particularly in light of what appears to be North Korea’s revelation of long-range ballistic missiles.

South Korea will also work for a smooth transition to ROK military leadership on the peninsula in the interest of a collective defense, he said.

Suh mentioned that he and Esper laid a wreath at the Korean War Veterans Memorial earlier in the day, marking 70 years since the start of the Korean War and that they committed themselves to strive for a Korean Peninsula without war again.