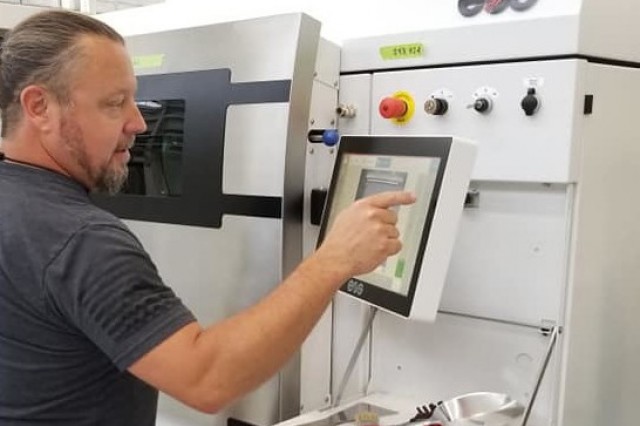 JUNE 10, 2020 – The Army wants to make three-dimensional models of all its replacement parts available online so that Soldiers deployed downrange will eventually be able to 3D print them, said its top acquisition official.

Assistant Secretary of the Army for Acquisition, Logistics and Technology Bruce Jette spoke Monday about modernizing the force during an online program called the AUSA Noon Report.

Today a MILSPEC level-3 drawing of each piece of new equipment goes into a drawer someplace, Jette said, while the description of that item goes online with its national stock number.

“I don’t want level-3 drawings anymore,” Jette said. “They were great in the ‘60s, but they’re not of any significant value to me today. What I want are the three-dimensional models that come with those.”

Digital modeling
Those 3D models are sometimes called “digital twins” that replicate their physical counterparts and can be created using sensors.

In World War II, new models were tried out on the battlefield every three or four months, Jette said. The Army learned from that, he explained, but it can’t afford to do that these days, so digital modeling is a way to test the features of a vehicle.

The digital models can also be taken to the Army’s advanced manufacturing experts and they can put their specifications online, so that Soldiers will be able to reference by NSN everything needed to 3D print the parts on a battlefield, Jette said.

The challenge is making that information readily available to Soldiers, while still keeping it secure and out of the hands of potential enemies, he said. That’s a topic he discussed earlier in the day with the commander of the Army Materiel Command, Gen. Gustave Perna.

Once the challenge is solved, Jette said Soldiers will be able to 3D print “a thousand different bolts” in the field to fix any vehicle without the burden of transporting those bolts downrange with them or waiting for a supply train to come.

Cutting-edge for 40 years
The Army has a number of legacy vehicles that are 30 and 40 years old and still very effective, Jette said, because of the Army’s constant efforts to upgrade them.

Upgrading vehicles will be made much easier with an open network architecture that could replace miles of wiring and cables, he said.

The M-1 Abrams tank, for instance, has more than 2 tons of cable in it, “all tremendously expensive and all very, very structured,” Jette said. “So if you want to change something, you’re stuck with the cable and you have to re-cable portions of it.”

The open network architecture of the Army’s future combat vehicles now being designed will enable new components to be installed without rewiring the vehicles.

“If you have a good idea and a new component, how do we get that in a vehicle without having to replace half of the components?” Jette asked. “So by getting this much more open architecture in place on these vehicles, we think that we’re going to be able to keep them growing to the future over that 30- or 40-year period.”

Jette believes the open network architecture will be able to keep the Army’s future combat vehicles relevant and on the cutting edge of technology for decades, just like the M-1 tank and Bradley Fighting Vehicle have been.

He also would like to place open network architecture into some of the current legacy systems in order to enable easier upgrades.

“What we don’t want to do is end up disconnected,” he said. The legacy vehicles need to be able to interact and communicate on a battlefield with the future combat vehicles.

Open architecture will enable upgrades to facilitate that interaction, he said.