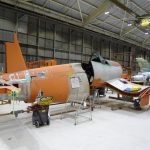 JANUARY 27, 2020 - From boat slips to seawalls to bridge maintenance, the U.S. Army Corps of Engineers, Chicago District’s Regulatory Branch has been issuing permits for years. But back in 2011 there was one permit application that took the district back – way back to World War II. For the past several years, the Chicago District has been involved in the recovery of the once … END_OF_DOCUMENT_TOKEN_TO_BE_REPLACED

JANUARY 22, 2020 - Acting Secretary of the Navy Thomas B. Modly named a future aircraft carrier USS Doris Miller (CVN 81) during a Martin Luther King, Jr. Day ceremony honoring African Americans of the Greatest Generation in Pearl Harbor, Hawaii, Jan. 20. The backdrop for the day’s ceremony paid homage to the beginning and ending of America’s role in World War II and the … END_OF_DOCUMENT_TOKEN_TO_BE_REPLACED

JANUARY 20, 2020 - Curriculum changes at Recruit Training Command (RTC) will provide boot camp graduates with more college credits and potentially save the Navy millions in tuition costs. Following a review of Navy Basic Military Training curriculum, the American Council on Education (ACE) has recommended nine college credits be awarded upon graduation from the Navy’s only … END_OF_DOCUMENT_TOKEN_TO_BE_REPLACED 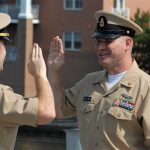 JANUARY 13, 2020 - Sailors who are serving beyond 16 years and meet service-commitment eligibility criteria now retain the option to transfer GI Bill benefits to dependents as outlined in NAVADMIN 006/20 announced Jan. 10. This change is based on recently revised rules signed into effect in the Fiscal Year 2020 National Defense Authorization Act (NDAA) that removes the 16 … END_OF_DOCUMENT_TOKEN_TO_BE_REPLACED 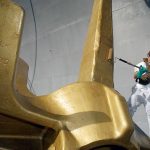 JANUARY 9, 2020 - The Navy exceeded retention benchmarks for Fiscal Year 2019, reflecting Sailors' desires to remain in service despite a strong national economy, according to data released Jan. 8. Sailors in their first ten years of service—Zones A and B—decided to stick around at reenlistment rates of 64% and 72% respectively, well above the benchmarks. Zone C, those in … END_OF_DOCUMENT_TOKEN_TO_BE_REPLACED 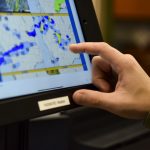