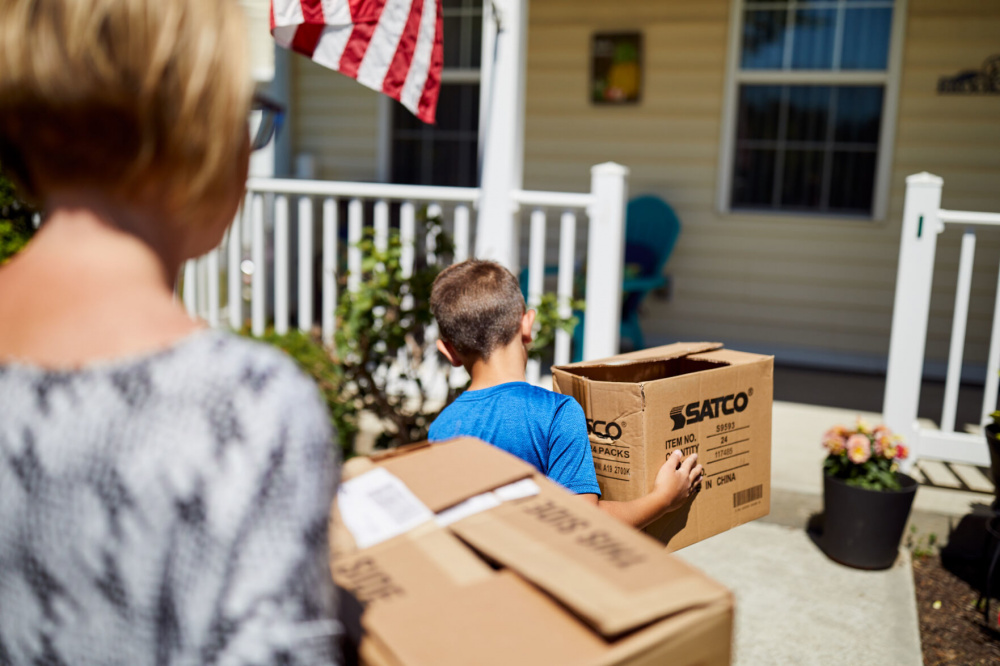 APRIL 5, 2021 – With peak permanent change of station, or PCS, season starting, many Fort Campbell Soldiers and their Families are preparing to move on while Campbell Crossing staff are ready for a 20-30% spike in turnover.

Haake, a retired Army aviator, knows well the challenges military Families face, often having to change duty stations every two to three years. It is the Campbell Crossing staff’s goal to do their part to make those moves easier, he said.

“Our goal is to make it as least stressful as possible on our residents as they transition between their current duty station and the next duty station,” Haake said. “We’ve designed a simple move out process for residents, so we can eliminate some of these stressors.”

Steps to follow
The first step in the move out process is letting Campbell Crossing staff know of the impending move as soon as possible and filling out a notice to vacate form, Haake said. Unless orders come in late, a minimum 30-day notice is expected to allow staff time to schedule a move out appointment and final inspection.

He strongly encourages those preparing to move to first visit the Campbell Crossing webpage at www.campbellcrossingllc.com/departing-residents to download the notice to vacate form, view the move-out video and read the move-out guide. There, residents also can find a standard charge sheet for damages above normal wear and tear and a loyalty coupon for other Lendlease communities.

“Each individual resident is unique so I would encourage them to reach out to their neighbor-hood community office and talk to our dedicated team members who are here to help answer any questions they may have and provide assistance where needed” Haake said.

With 17 neighborhoods at Fort Campbell, Campbell Crossing needs as much notice as possible to get homes inspected and ready for incoming residents.

“The summer is the busiest PCS season,” Haake said. “Normally, springtime is when Soldiers go house hunting and start looking. Summertime is when they move, and hopefully before the first day of school they’ll be settled back into homes.”

He recommends planning moves ahead of time, having a checklist and contacting the new unit to see if a sponsor is available to the Soldier.

“Plan your move early, know where you are going to go, research the area, if you’ve got kids, look at all the different schools,” Haake said.

PCS peak
Campbell Crossing is currently at 95% occupancy, and averages 160-180 move-outs each month during much of the year. But during the summer that often jumps to 200 move-outs and workers will likely have about 40 additional homes to turn around each month, Haake said.

“Thirty days is really the minimum notice, but you can start further out than that,” he said. “Not only does it help the Soldier get ready to do the PCS, it actually helps us. If we know when the Soldier is leaving, then we can get the home identified, schedule maintenance and get it turned around for the next resident who moves in.”

Haake recommends notifying staff as soon as orders come in but said Campbell Crossing also understands it has to be flexible to accommodate the Army and Soldiers’ needs.

“Soldiers are sometimes asked to change dates on a short notice and we understand that,” he said. “If an order comes in and it’s within the 30 days, of course, we are not going to hold somebody to the 30-day notice. Just as soon as you get orders, let us know.”

If orders are delayed, staff need to be notified too.

“Encourage your unit to make sure you get your orders as early as possible,” Haake said. “I realize that’s not always possible especially during a high traffic season.”

Once notice has been given, residents should arrange an inspection with the community center staff in their neighborhood.

Inspecting gadgets
Campbell Crossing will perform maintenance and cleaning on all homes, so it’s unnecessary to scrub everything or paint walls but there could be charges for repairs or replacements required if damages are beyond normal wear and tear, Haake said. Appliances should be clean of grease, mildew, dirt and dust and have all the parts supplied at move-in.

“There is an exit inspection,” Haake said. “Residents are advised ahead of time to have all their cabinets open and drawers open because that makes it easier. During the final inspection, you return your house keys, mailbox keys, garage door openers, if provided, and provide an accurate forwarding address.”

Cash payments are not accepted for damage, so departing residents should be prepared with another form of payment, such as a credit card, on the day of the final inspection, Haake said.

Homes should be free of trash and debris and swept clean. Residents with pets should remove any feces from the yard but are not expected to mow the lawn on their way out, he said.

From his own personal experience in the Army, Haake suggests Soldiers try to “get light,” ahead of time.

“If you haven’t used something in a while, take advantage of the number of ways you can sell, whether it’s a flea market or yard sales,” he said. “Get as light as possible, so you’re not packing things you don’t need.”