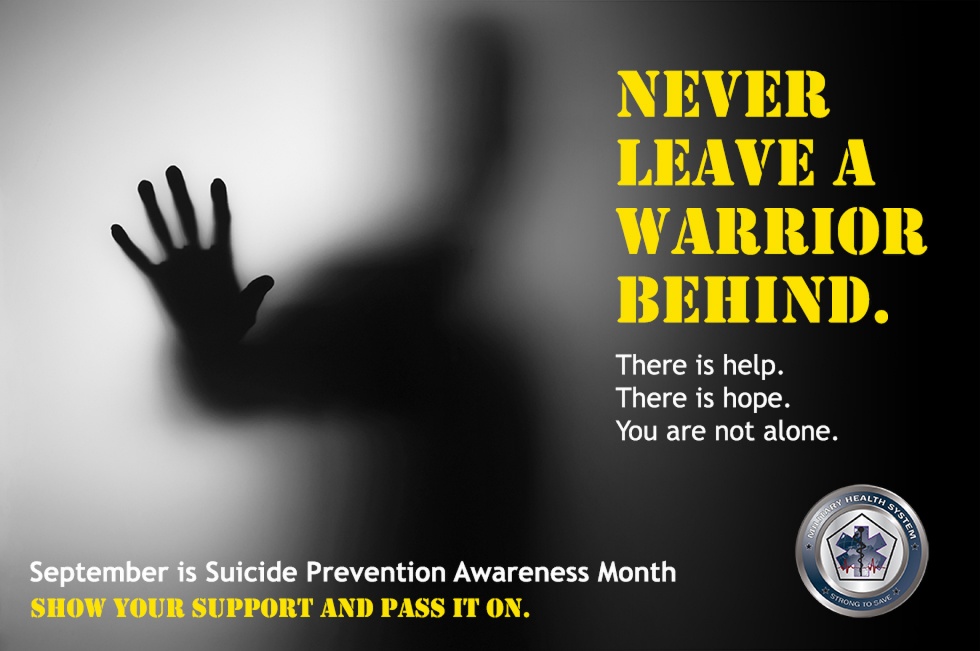 Hines survived his suicide attempt with the help of a sea lion, which kept him afloat until the Coast Guard arrived.

Prior to Hines’ leap, indicators existed for others to recognize and act on a cry for help to prevent him from crossing the suicide threshold. For example, a passerby, requesting he take her photograph, did not notice his tearful eyes nor inquire about his well-being. In addition, on the pathway to the bridge, site workers and a police officer walked past a weeping Hines, but did not stop to offer compassion.

Prior to leaving the bridge rail, Hines admitted to himself, if anyone expressed care for him, he would not have jumped.

On a daily basis, an average of 123 suicides occur in America, resulting in it being the 10th leading cause of death in our nation. Similarly, those who serve our country in uniform are not immune to this tragedy. For example, 325 active-duty service members took their own lives in 2018, tragically surpassing any previous year of record. Unfortunately, suicide continues to devastate America’s military ranks. Last month, the Air Force announced a “tactical pause” in operations for 45 days to address the tragic increase in airmen suicides.

USTRANSCOM Command Chaplain, U.S. Army Lt. Col. George Wallace, has also been impacted by the tragedy of suicide. While serving as a brigade chaplain with the 3rd Infantry Division, Fort Stewart, Georgia, from 2010-2012, Wallace helped comfort family members, fellow Army members, and friends of several soldiers assigned to the unit who took their own lives.

“There were telltale signs they were going to commit suicide such as giving away prized possessions, but nobody recognized or acted on the indicators,” said Wallace. “In the military, we’re accustomed to externalizing or ignoring pain, and our culture at large is not well practiced in identifying and working with emotional pain.”

For 15 years, Wallace has taught suicide intervention techniques, often employing books and films such as

“Compassion, but also a fierceness and toughness, is needed to combat suicide. A caring wingman, battle buddy, or shipmate should be astute enough to see when or if something is not right. If you see something unusual in the person’s behavior or attitude about life, then say something,” Wallace stated. “You can be the difference between life and death.”

USTRANSCOM exists as a warfighting combatant command to project and sustain military power. Powered by dedicated men and women, we underwrite the lethality of the joint force, advance American interests, and provide our nation’s leaders with strategic flexibility to select from multiple options and create multiple dilemmas for adversaries.