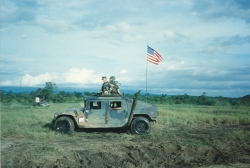 Philippines: Prior to its closing, Subic Bay Naval Base was

a frequent and much-appreciated port visit. During the visit,

the Navy would perform ship maintenance, while the Marines

trained across the bay at Red and Green Beach (image left). Live-fire

swords and hot chow (image below) could always be found nearby.

At night, "bush bunnies" (prostitutes from nearby Olongapo

City), could be heard rustling around outside of camp. 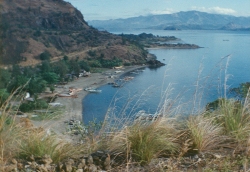 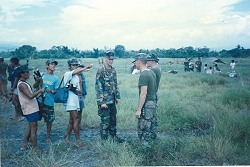 Filipinos would scavenge everything Marines would leave behind,

including pallets, shell casings, and MRE boxes, for their very 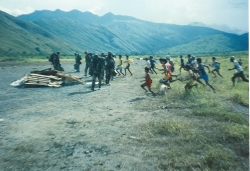 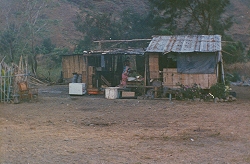 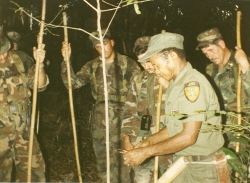 Negrito guides (image left) taught how to survive in the jungle

with nothing else needed than a Bolo knife. Skills taught at

inside bamboo, and finding food and medicinal plants in the

jungle. Participants could not bring food to the course.

Instead, bats, ants, and snails were eaten for sustenance. A zoo

at the JEST base camp featured pythons, monkeys and other

critters native to the nearby jungle. 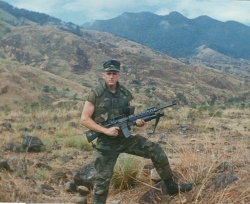 proficiency: MEUSOC Marines are proficient in a number of