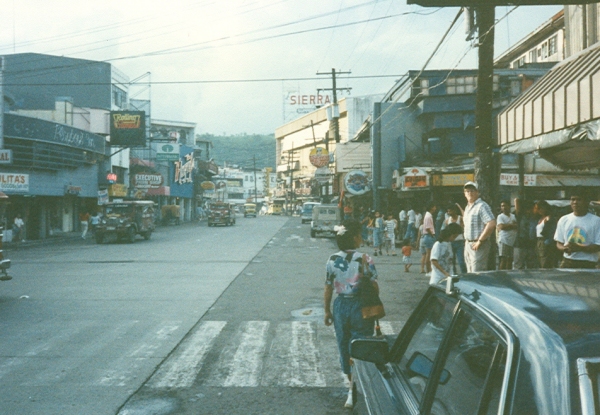 Magsaysay Street, Olonagpo City, Philippines: It doesn’t look like much, but prior to the closing of Subic Bay Naval Base in the early 1990s, this was the very favorite street in the entire world for many Marines and Sailors. As one Sailor put it: "I’ve been on Mediterranean cruises, Caribbean cruises, and more, I’ve been around the world with the U.S. Navy, but there’s no place like Olongapo." Indeed, this street was like no other, with countless bars and clubs teeming with beautiful women. A Sailor or Marine could usually walk into any club and be mobbed by four or more women offering companionship. Feeling like Rock stars, Sailors and Marines would swig San Miguel, Red Horse and Mojo (a mixed drink) while playing pool, listening to live bands, and negotiating bar fines. (A bar fine was a fee paid to a bar or club for the time a hostess would spend away from the bar or club, so that the serviceman could enjoy the woman’s company, usually at a hotel.) It was a convenient way around having the experience classified as prostitution, which suited both the Philippine and U.S. authorities. Image above: Up the street to the right is the Sierra Club. Across the street is the Florida Club. 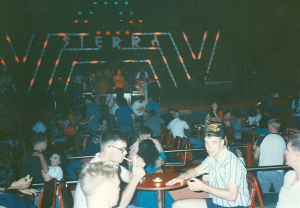 Inside the Sierra Club: Heavy metal could be found at the Sierra Club. Many clubs featured music by AC/DC, Ozzy, Skid Row, and, for slow music, the Bangles and Richard Marx. But music of all kinds could be found in Olongapo, including Country and Western. It was funny to see Filipino bands dressed in Western wear playing perfectly-rendered versions of favorite country tunes. 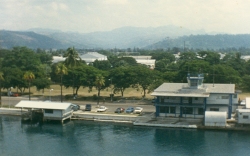 Image left: Subic Bay Naval Base as seen from an LHA (1989).
Image below left: The Spanish Gate is an old Spanish fortification. The base recreation center next to the gate was also called the Spanish Gate. Inside, Marines could order pizza, burgers, and shakes. Also at Subic Bay Naval Base: A movie theater, bowling alley, miniature golf, go-carts, skeet shooting, a McDonalds and much more!
Image below: Color-coded Jeepneys provided transportation. 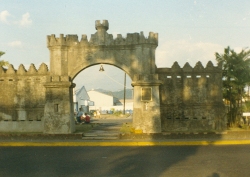 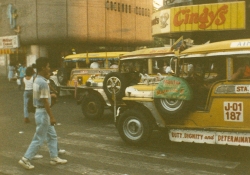 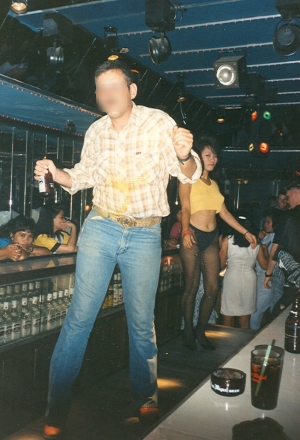